A Quarter Tank of Fumes 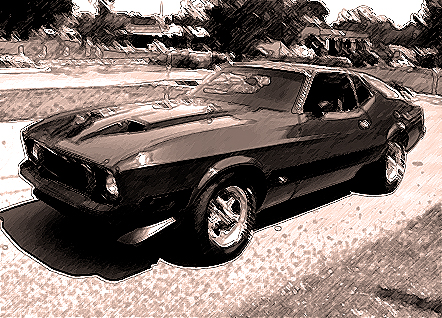 In which I remember my good friend Robin Dadisman, who passed away in late 2013, with a story about phantom fuel and a racing red Mustang.

We set out for Central City one summer evening in 1994 in Robin’s beloved red 1971 Mustang Mach 1. He was doing graphics work for one of the Colorado town’s many casinos, and invited me along as he delivered some finished logos.

Once there, we spent an hour listening to the din of slot machines and eating salty buffet food. According to Rob, it was good fuel for creative inspiration.

The Mustang needed fuel, too. We’d used quite a bit coming up the mountain, so topping off seemed like a good idea before heading back to Boulder.

But the only gas station in town was dark.

This was in the days before pay-at-the-pump service. When the lights went out, so did the pumps.

We figured we had enough fuel to get to the Conoco in Coal Creek Canyon, about 30 miles away. It was open for another hour. We’d never make it back to Boulder, though, not with the Mach 1’s big engine and more than a few steeps in the way.

So, with Grandmaster Flash playing on a jambox stuffed between the seats, we began the long climb toward the Conoco.

I still wonder: Where did half of a tank of gas go?

We were approaching the first switchback when the big car’s gas gauge went crazy. One moment we had a half-tank, the next, we were nearly empty. The nearest gas pump was still ten miles and a dozen steep hairpins away, and we were now on fumes. We were going to run out of gas.

So Robin floored it.

We rolled down the windows and howled into the wind, twisting our way up the mountain and waiting for the Mach 1 to go dry.

Minutes later, we crested the ridge and heaved into Coal Creek Canyon. It was 9:59, the Conoco was still a few miles away, and the gas gauge needle was sinking out of sight.

We held our breath and waited for a 40 mile-per-hour stall and a long walk back to Boulder on a trail of broken pay phones.

But the engine roared on. And so did we, careening into the gas station at 10:07 sharp. 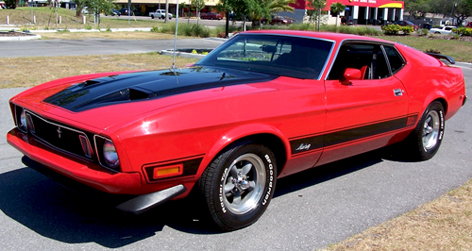 Rob’s red 1973 Ford Mustang Mach I was a lot like this one. A glass-packed, gas-guzzling fun ride!

The lights were off.

The attendant was still inside, counting money and cleaning up.

“I didn’t hear you drive up,” she told us a few minutes later, as we filled the tank and sipped fresh coffee.

“I just looked up, and there you were.”

Rob and I laughed about it for years.

But we also wondered about the gas gauge.

When we finally reached the Conoco, it read 1/4 full.

Yeah, we were genuinely worried about running out of fuel in a lonely canyon miles from home. But Robin Dadisman made it one of the best road trips I’ve ever been on.

Together, we turned our desperate dash to a gas pump into a Victory Sprint.

He wouldn’t have it any other way.