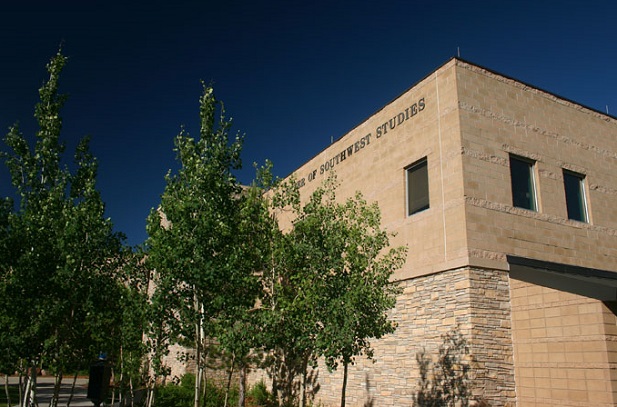 The website for the Center of Southwest Studies immediately gives a sense of the organization’s large regional scope, from the logo image of the Superstition Mountains east of Phoenix, to the historic mining photographs of Ouray and Silverton, Colo.

Clicking around, you’ll learn that the Delaney library is hosting a children’s storytime, former U.S. Senator Ben Nighthorse Campbell is showing his art in the gallery, and there’s an upcoming lecture on the illegal 1917 deporting of striking miners in Bisbee, Ariz.

Center director Shelby Tisdale told me in a 2016 interview that a mix of academic and public programming is at the heart of the center’s mission.

So is a diversity of subjects. She described the library’s collection:

“Books that focus on the Southwest. The archaeology, the anthropology, the history, but also looking at the diversity of the cultures we have.” 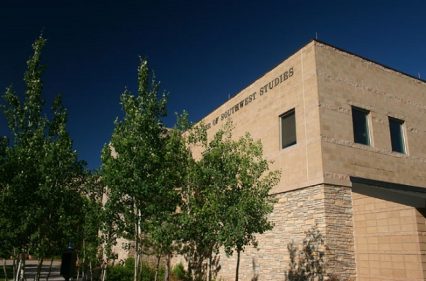 Founded in 1966 at Durango’s Fort Lewis College, the Center of Southwest Studies focuses on the cultural heritage of Colorado, Arizona, Utah, and New Mexico.

Scholars use it for research, and can often be found deep in study. But it’s no stuffy academic tomb. The public is welcome to visit, too.

Some come to hunt down old maps, comb through hundred-year-old photographs, or see the latest gallery exhibit. Others attend the center’s popular summer lecture series.

But it’s not enough for Tisdale. She wants to grow the center into a hub for community dialogue, particularly on complex issues such as environmental stewardship in the Southwest.

“That’s my vision is to have a safe place where we can have discussions, have debates, and maybe we can come up with some common solutions.”