An Exploration of Arizona Astronomy

A five-part radio documentary series examining professional and amateur astronomy in the state.

The Popular Science of Public Observatories

Interest in astronomy is increasing. As proof, observatories that have public viewing programs book them months in advance. People want to see what the professional astronomers are seeing in the night sky.

A Century of Stargazing

How did Arizona get to be the epicenter of astronomy in the United States? Part of it was happenstance. But Arizona’s notoriously clear and dark skies played a role, too.

The Age of the Giant Telescope

There’s a new “world’s largest telescope” every few years. It’s become a race to build instruments that see farther into the heavens.

Arizona became a center for astronomy in the early 20th century because of its clear, dark skies. The cities were small, remote mountaintops were plentiful, and clouds were rare. The state boasted up to nine months a year of near-perfect conditions for astronomy.

Astronomers admit that our map of the known universe has a lot of blank spots, a lot of areas we simply know nothing about. The next generation of projects aims to change that. 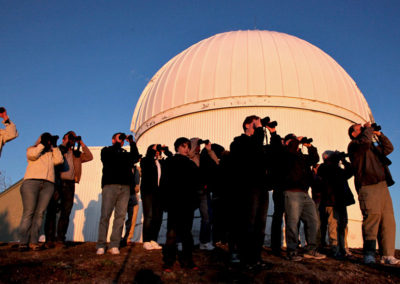 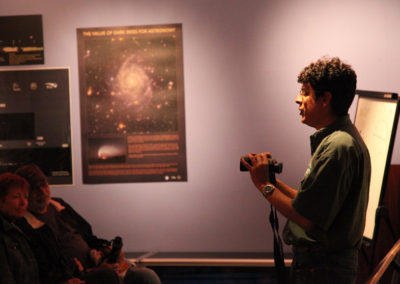 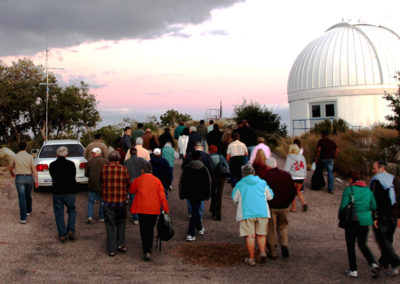 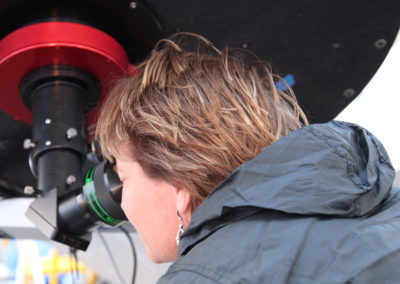 Looking through a real telescope

A visitor at the night sky viewing program on Mt. Lemmon peers through the eyepiece of the Schulman Telescope. (Photo: Mark Duggan) 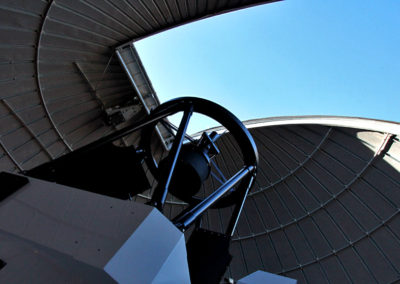 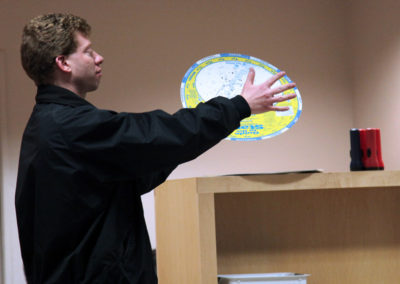 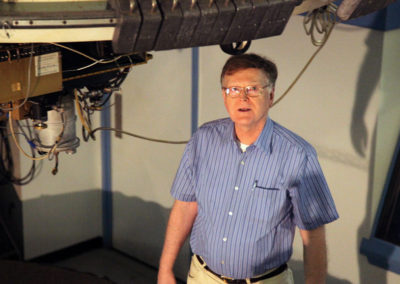 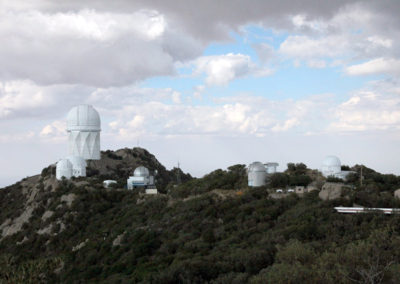 Kitt Peak is home to the largest concentration of optical and radio telescopes in North America. (Photo: Mark Duggan)

The McMath Pierce Solar Telescope is the largest solar instrument in the world. It’s one of more than 50 different observation facilities on Kitt Peak. (Photo: Mark Duggan.) 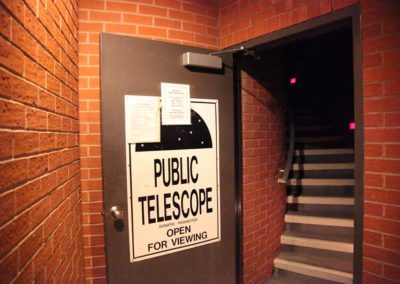 Doorway to public telescope at Flandrau Science Center and Planetarium

Public viewing programs such as the one at the University of Arizona’s Flandrau Science Center have become increasingly popular. Many observatories book them months in advance. (Photo: Mark Duggan) 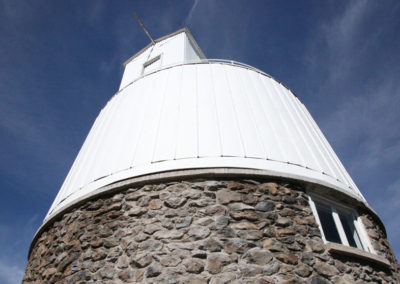 The dome of the Pluto Discovery Telescope at Lowell Observatory in Flagstaff. (Photo: Mark Duggan) 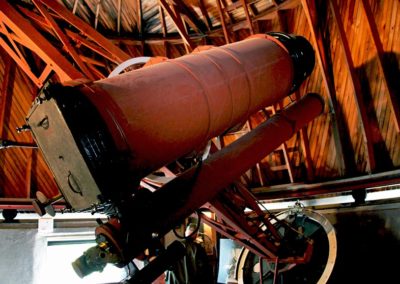 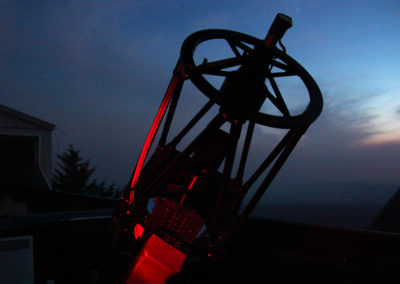 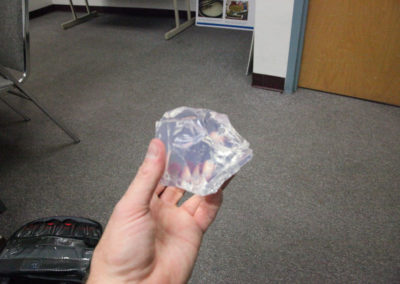 Raw chunks of glass like this one will be loaded into a mold and slowly cast into a telescope mirror. Casting alone takes months. (Photo: Mark Duggan) 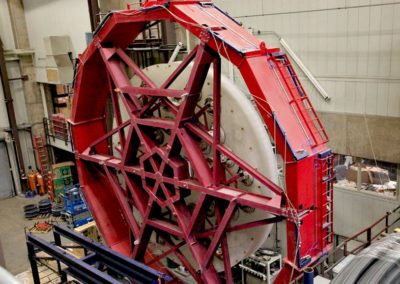 Casting a mirror at the Mirror Lab

The Steward Observatory Mirror Lab at the University of Arizona makes mirrors for some of the largest telescopes in the world. Here, one of the mirror segments for the Giant Magellan Telescope is readied for polishing, a process that takes several years. (Photo: Mark Duggan) 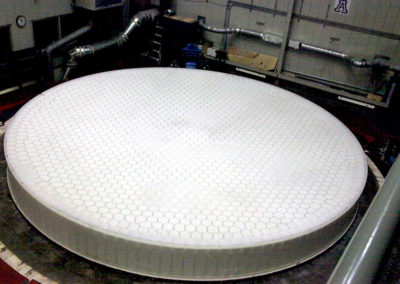 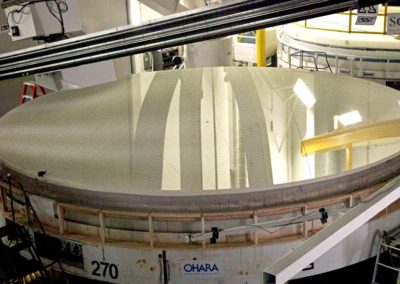 One of seven 8.4-meter segments of mirror destined for the Giant Magellan Telescope in Chile. The Steward Observatory Mirror Lab makes the mirrors, which take several years to cast, grind, and polish. (Photo: Mark Duggan) 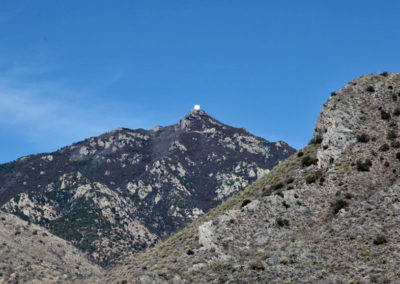 The MMT telescope on Mt. Hopkins south of Tucson. The peak is home to multiple telescopes, all within 40 minutes of the metropolitan area. (Photo by Mark Duggan) 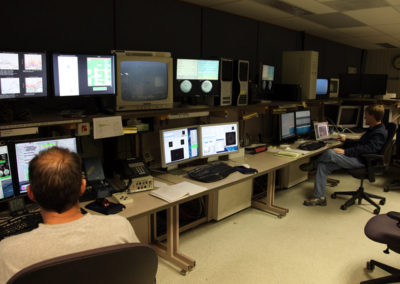 The control room at the MMT Observatory on Mt. Hopkins. (Photo: Mark Duggan) 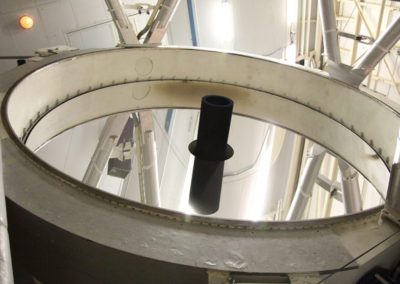 The mirror assembly for the MMT Observatory. (Photo: Mark Duggan) 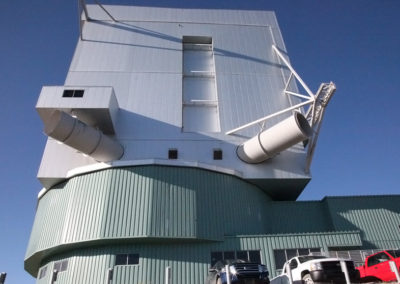 Many modern telescopes are housed in cube-like structures instead of domes. The Large Binocular Telescope sits in an 8-story high enclosure that can rotate 180-degrees. (Photo: Mark Duggan) 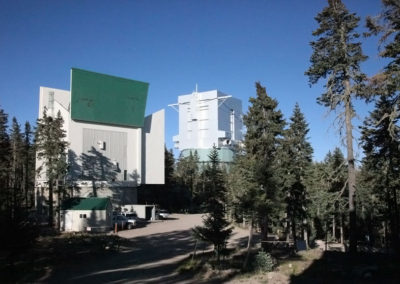 Mount Graham is an isolated sky island in southeast Arizona and home to several observatories, including the Large Binocular Telescope, the Submillimeter Telescope, and the VATT, which is operated by the Vatican. Yes, the Vatican. (Photo: Mark Duggan) 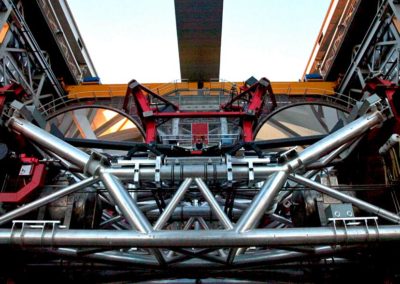 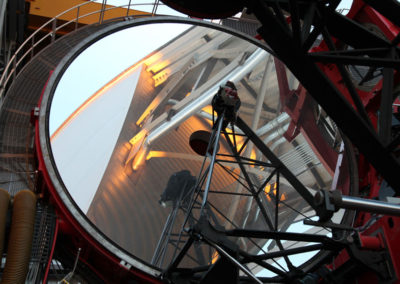 A single mirror of the Large Binocular Telescope. It is 27-feet in diameter. The catwalk around the perimeter of the mirror gives it some scale. The mirror assembly can move from horizontal to vertical in about one minute. (Photo: Mark Duggan) 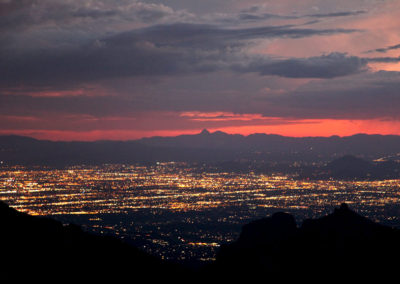 The Tucson skyline from the Mt. Lemmon Highway. Kitt Peak National Observatory is on a mountaintop in the background, less than 40 miles from the city. Light pollution is increasingly affecting observations at telescopes on both Kitt Peak and Mt. Lemmon. (Photo: Mark Duggan) 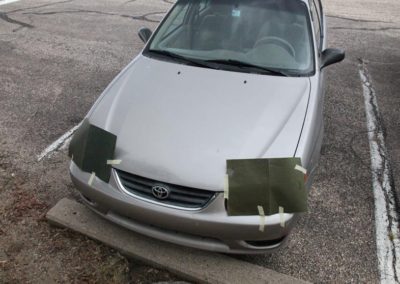 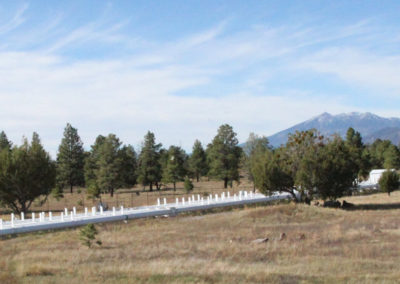 The Navy Precision Optical Interferometer is located at Lowell Observatory’s “Dark Sky Site” southeast of Flagstaff. The NPOI uses an array of six mirrors spaced tens to hundreds of meters apart to precisely direct up to six beams of light from a star to a point. (Photo: Mark Duggan) 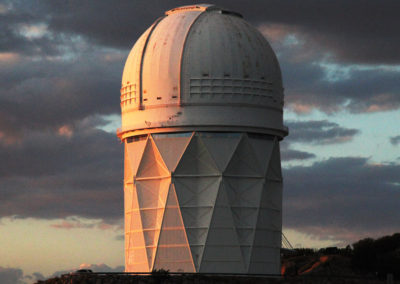 The Mayall Telescope on Kitt Peak

The 4-meter (158-inch) Mayall Telescope on Kitt Peak. The 18-story dome can be seen from more than 50 miles away. The telescope’s mirror weighs 15 tons and is polished to one-millionth of an inch. The Mayall is home to the BigBOSS sky imaging project. (Photo: Mark Duggan) 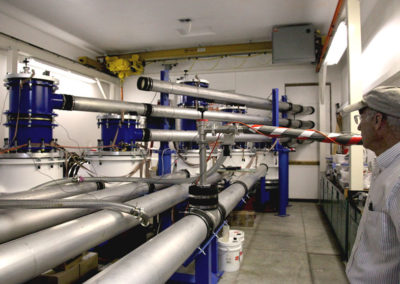 In the combining room at the Navy Precision Optical Interferometer, or NPOI. The NPOI can optically separate distant pairs of stars so close together that they appear as a single star in even the largest conventional telescopes. (Photo: Mark Duggan) 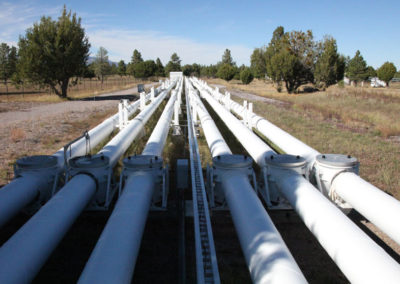 The Navy Precision Optical Interferometer southeast of Flagstaff uses an array of six mirrors spaced tens to hundreds of meters apart. The instrument is so sensitive that it can successfully pick out distant pairs of stars that appear as a single star to even the largest conventional telescopes. It’s another example of innovative new astronomy to allow us to see more of our known – and unknown – universe. (Photo: Mark Duggan) 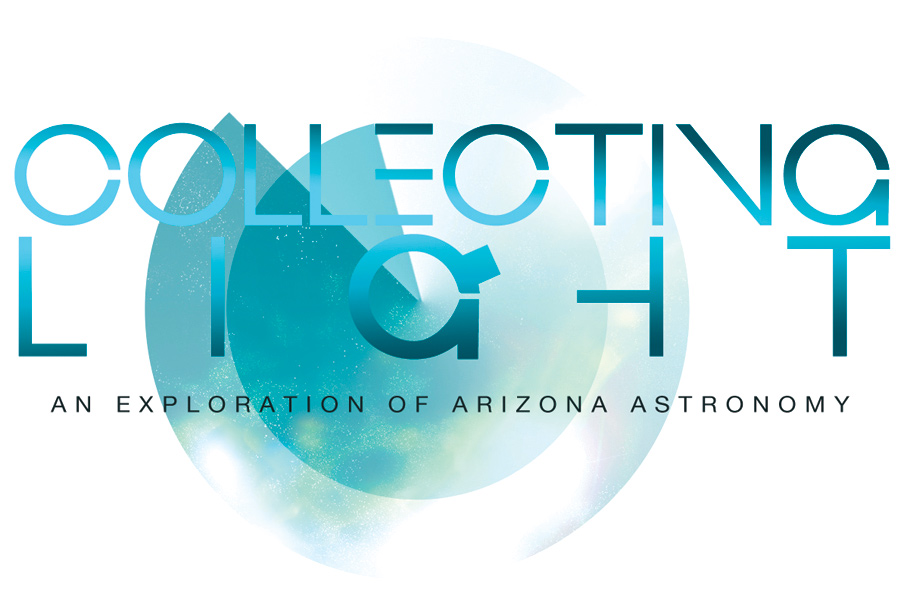