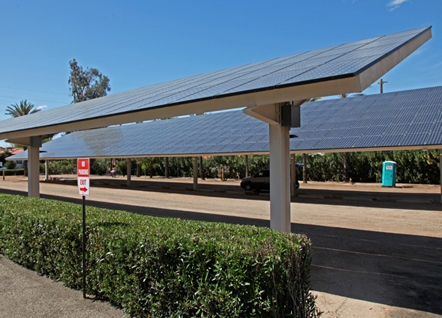 Community gardens give people who rent or are otherwise unable to plant a garden on their property a chance to invest in locally-grown foods. Community solar gardens operate on the same model but allow investors to “plug in” to locally-generated renewable energy.

Colorado Gov. Jared Polis recently signed a bill into law that, according to its supporters, will make getting involved in community solar much easier.

According to David Amster-Olszewski, CEO of Sunshare, the Community Solar Gardens Modernization Act, will provide all Colorado households with access to renewable energy by eliminating size and location restrictions on gardens and expanding them in rural areas. Sunshare estimates that about 75 percent of Colorado homes aren’t suitable for rooftop panels. That number climbs even higher when low-and-moderate income households are taken into account.

Amster-Olszewski told me in an interview that the act will level the solar panel playing field for many people and bring Colorado closer to Polis’ stated goal to have Colorado go to 100 percent renewable energy by 2040. Community solar has become more popular in recent years; 20 other states have adopted similar legislation as Colorado.

The measure was part of a package of seven clean energy bills Colorado’s Democratic Governor signed in late May. The others seek to reduce pollution and increase energy and water efficiency standards for new appliances.