“The Talk of the Phantom” 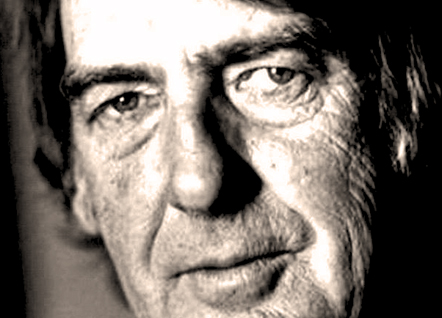 “The way I was trained up, reporters went toward the story, just as fireman rush toward the fire.”
–Charles Bowden

The iconoclastic writer Charles Bowden passed away in New Mexico Sunday. He was 69. 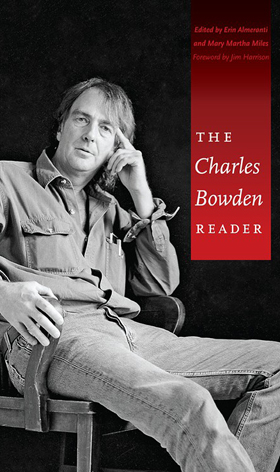 Author and journalist Charles Bowden chronicled the violent side of the U.S./Mexico border. But he also wrote about mountain ranges. Bowden was once part of a loose group of environmentally conscious and sometimes caustic writers that called Tucson home in the 1970s and ’80s.

Bowden made a name for himself as an investigative journalist, covering the violence and desperation on the U.S./Mexico border.

He didn’t shy from telling dark stories of how NAFTA, globalization and the drug wars had created one of the deadliest places on the planet.

Through Bowden’s writing, we met determined migrants, dying in the desert of thirst. We met the grim officials who attended to their remains. And we traveled into the alleys of Ciudad Juarez, where the murder rate is the highest in the world.

Charles Bowden also wanted to know what created such conditions. And he could be caustic at times, especially toward politicians and the media.

Before he turned his sights on the border, Bowden tended more toward slightly cranky environmental writing in the vein of Edward Abbey.

Indeed, he and Ed were long-time friends, part of a now diminished breed of ‘desert-rat writer’ that marked Tucson’s literary scene in the 1970s and ’80s.

He also wrote for the Tucson Citizen and City Magazine, both long-defunct, and for Mother Jones, Harper’s, The New York Times Book Review, and Esquire.

But perhaps one of his finest early moments is 1987’s historical and lyrical Frog Mountain Blues, his tribute (with photographer Jack Dykinga) to the Santa Catalina Mountains near Tucson.

Other books of that era include Stone Canyons of the Colorado Plateau and The Sierra Pinacate with Dykinga, and Charles Keating and the Missing Billions with Michael Binstein.

Listen to an excerpt of a 2010 Charles Bowden interview I produced for Arizona Public Media. He began by saying the escalating wave of violence in Juarez, Mexico is caused by a stew of politics, corruption and poverty:
The Talk of the Phantom