A century of stargazing 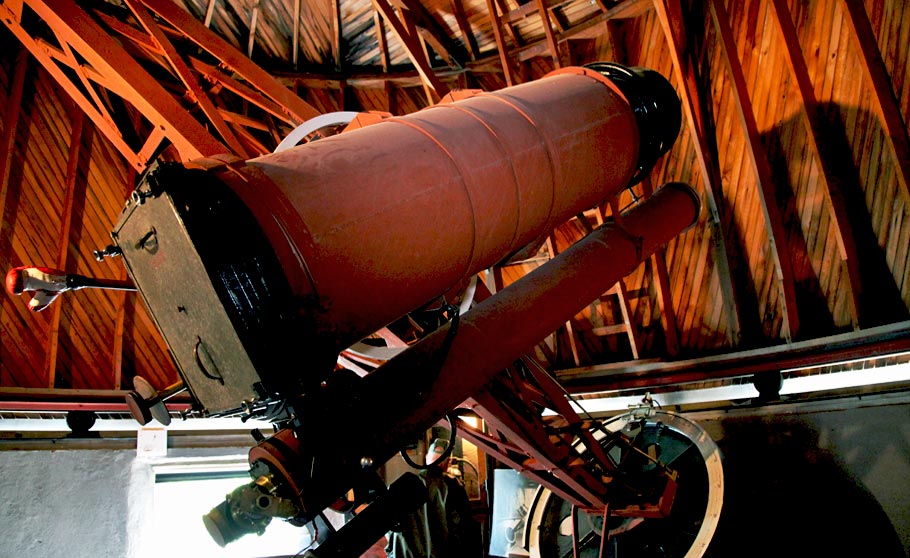 How did Arizona get to be America’s epicenter of astronomy? Part of it was pure happenstance. But Arizona‘s notoriously clear and dark skies also played a role.

In part two of Collecting Light: An Exploration of Arizona Astronomy, we examine the state’s history as a hotbed of astronomical research.

A man named Perceivel Lowell got the ball rolling. It helped that he had some money behind him. He scouted around Arizona in the late 1880s, measuring sky conditions and looking for an excellent place to build an observatory. He found it in Flagstaff, and today Lowell Observatory is both an important research facility and a popular tourist destination.

Meanwhile, interest was building on southern Arizona as a good place to study the stars.

By the 1920s, the University of Arizona had an astronomy department, giving academic and scientific legitimacy to the wealthy’s hobby.

The federal government became interested in astronomy in the 1950s and established a national optical observatory on Kitt Peak, about 60 miles west of Tucson. They located their headquarters at Steward Observatory at the UA.

Today, there are dozens of individual observatories in Arizona. Some are research-focused, while others have added popular public viewing programs to their mission. Kitt Peak National Observatory is home to the largest concentration of telescopes globally.

But scientists know they only see part of the picture. To see the night sky from the southern hemisphere, astronomers in Arizona have developed new, massive observatories in Chile.