A Report Card on Black Bears in Southwest Colorado 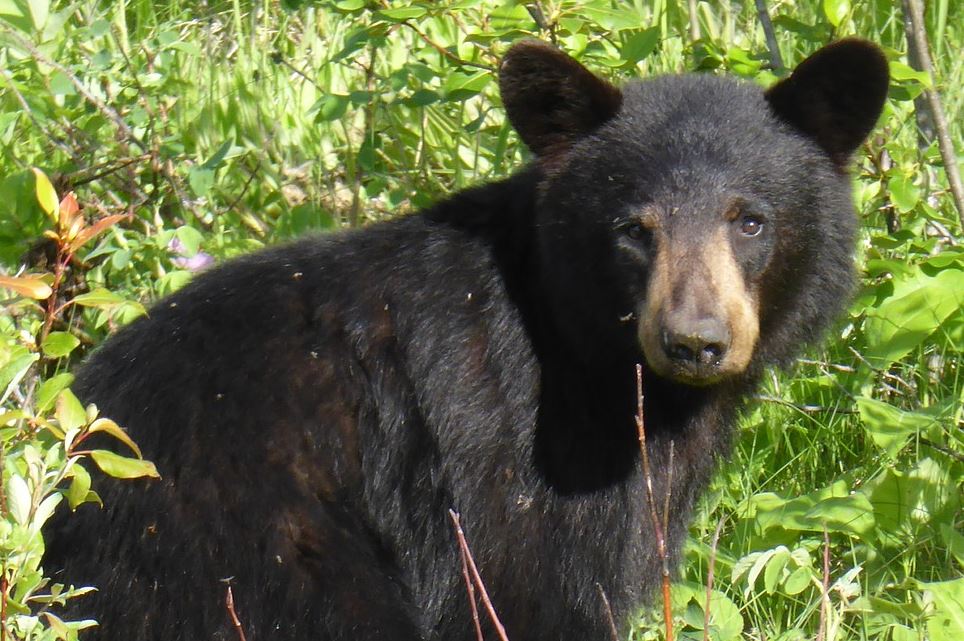 While you worried about the coronavirus, a familiar presence awoke from its winter slumber and went looking for dinner.

Black bears in southwest Colorado have been active since April. They’re foraging for food and sometimes finding it in trash cans. With many people observing Colorado’s “safer-at-home” order, they could come into contact – and conflict – with bears.

Luke Clancy is the Bear Education Coordinator for Colorado Parks & Wildlife‘s Durango office. We reached out to him to find out more about the health of our ursine neighbors. And what you can do to avoid meeting up with them in your backyard.

According to state wildlife officials, Colorado is home to 19,000 black bears. Southwest Colorado is prime habitat because of our relatively mild winters and lack of population.

But bears are beginning to like human development. A recent six-year study of black bears near Durango revealed that they’re spending less time in hibernation and living closer to towns. They prefer their natural diet of nuts and berries but when they can’t find it they’ll travel into neighborhoods and raid unsecured trash cans. 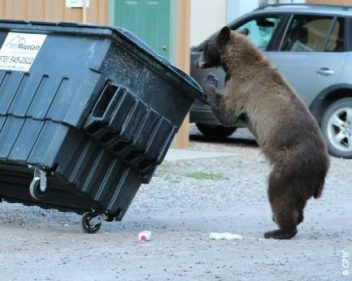 A black bear tips a dumpster in an effort to get at trash. Bears love raiding trash cans, but studies show they’ll return to eating their natural foods if their access to garbage is curtailed. (Photo courtesy of Colorado Parks & Wildlife)

Refuse is a big threat to bear safety. In their zeal to feed, they sometimes ingest cardboard containers, which can clog their digestive systems and starve them. Some even suffer severe cuts to their tongues while trying to lick broken glass and cans.

Human behavior has a direct effect on bear behavior. CPW and organizations such as Bear Smart Durango work with residents and businesses to become “bear aware” and make neighborhoods unappealing to the animals. Property owners are encouraged to use bear-resistant trash cans, gather fruit that’s fallen from trees, and install electrified fences to protect livestock and beehives.

The goal is to keep bears from becoming comfortable around us. They return to their natural habitat because there’s nothing in a neighborhood to sustain them.

A bear-resistant trash can, for example, should be almost impossible for a hungry ursine to breach. It should even be hard for a human to access. 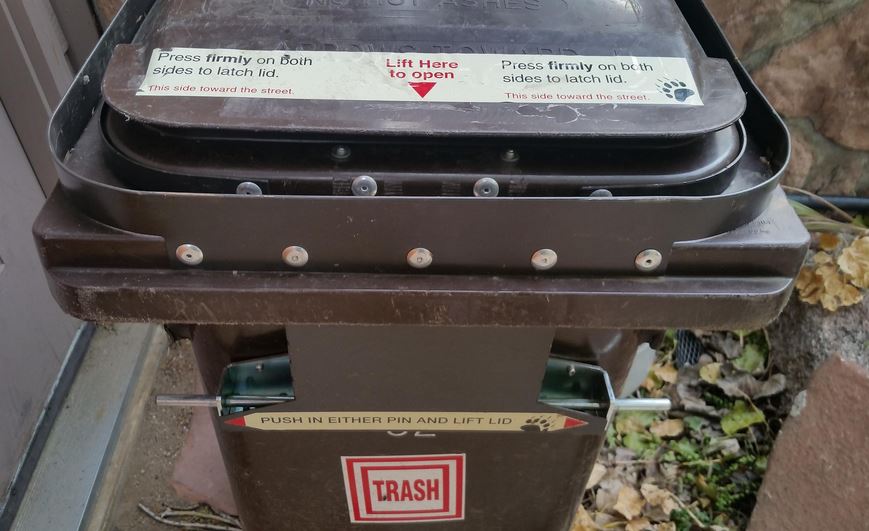 Organizations like the Boulder Bear Coalition try to get property owners to use bear-resistant trash cans. This one, at a home in Boulder Canyon, requires two hands to unlatch the top. Users press each bar inward, then hold on to one and lift the lid. (Photo by Mark Duggan) 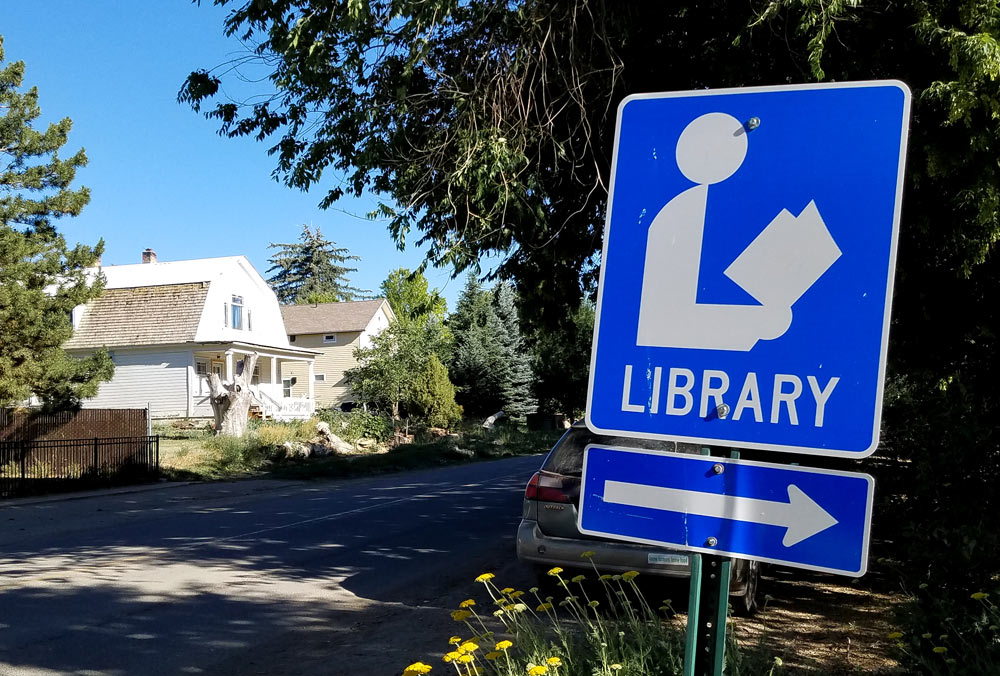 Visitors will see some changes when they stop by their local library. In many cases, only 10 patrons are allowed inside at a time. And the books and DVDs you return will be quarantined before they go back on the shelf.

END_OF_DOCUMENT_TOKEN_TO_BE_REPLACED 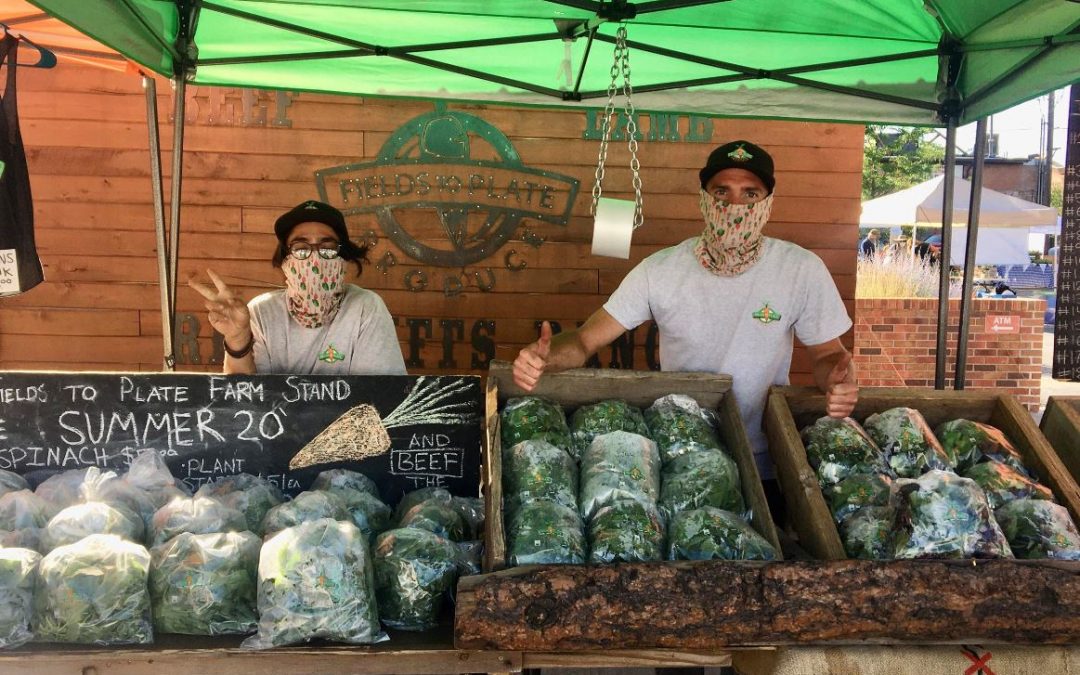 Local markets are enacting rules to keep people safe. And some small farmers and ranchers are using the internet to sell their products. I spoke with Melanie McKinney Gonzalez, market manager for the Durango Farmer’s Market to learn more.

END_OF_DOCUMENT_TOKEN_TO_BE_REPLACED 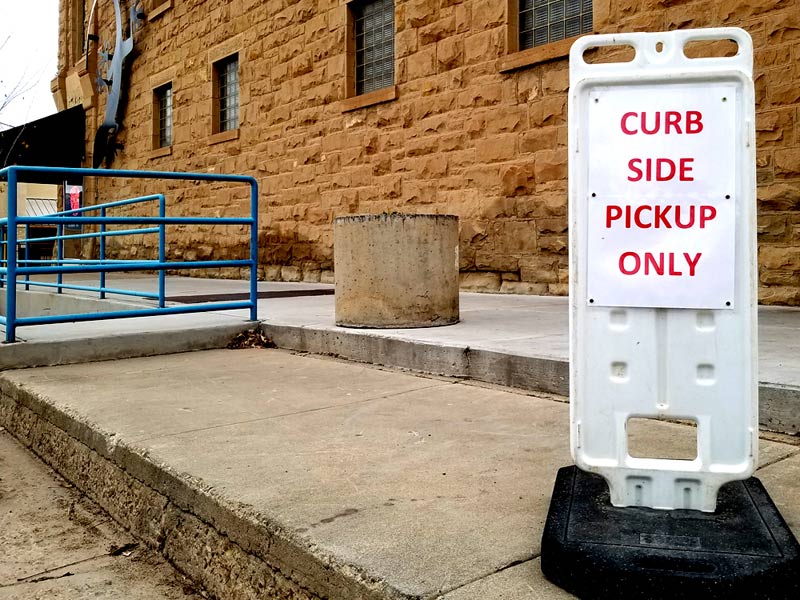 COVID is having a big impact on local businesses. Some struggle, others thrive. Employees are caught in the middle. I checked in with two area business boosters to get a report on the state of the Four Corners economy.