A Roman colony in the Sonoran Desert? 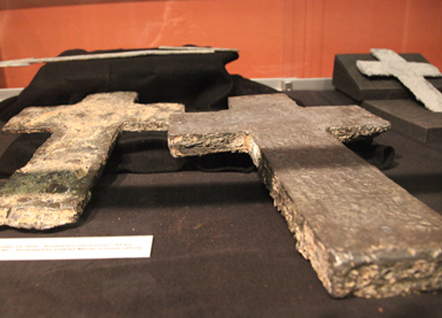 Tucson, Ariz. – A collection of cast-lead crosses and swords found near Tucson has led to controversy now nearly a century old: Did Romans establish a colony in the area around C.E. 800?

Some are convinced the crosses are proof. Others say it’s a hoax.

Charles Manier and his family unearthed the objects in 1924 after digging through layers of hardened sediment known as caliche. Among the artifacts found was a 64-pound, 20-inch-long lead cross. 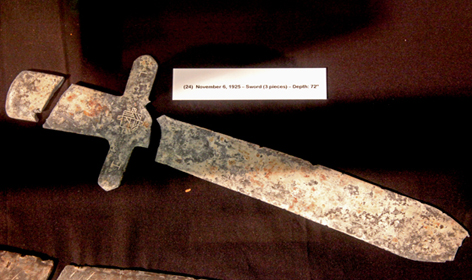 The Tucson artifacts include a sword, crosses, and other objects.
(Photo by Mark Duggan)

Some believe the objects are evidence that Jews from Rome settled the area around C.E. 800.

A 2016 article in Epoch Times quotes a medieval scholar saying he believes the artifacts are authentic.

But those who doubt their authenticity point to some of the inscriptions on the objects as standard literary quotations cribbed from Latin grammar books.

Both the Smithsonian Institution and British Museum had a look at the artifacts.

A curator for the former opined that their source could be a “mentally incompetent individual with a flair for old Latin and the wars of antiquity.”

The Arizona History Museum now owns the Tucson artifacts. I spoke with curator Julia Arriola in 2011 about the ongoing controversy.