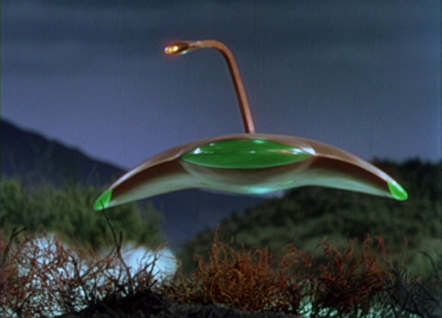 An original story by Weston Ochse, with sound design by Mark Duggan.

And some love being frightening instead of frightened. 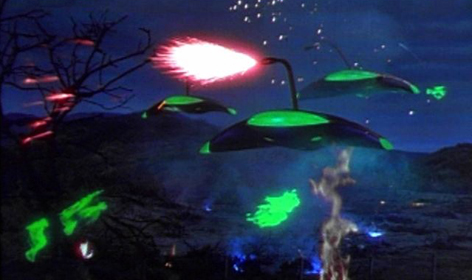 A scene from the 1953 film version of War Of The Worlds.

He started playing with it as a child one Halloween night when he heard the Orson Welles radio adaptation of H.G. Wells’ War of the Worlds.

Orson spent a relentless hour reporting on an alien invasion of earth, then admitted it was a hoax.

That can have a powerful impact on the imagination of a young man, especially when, an hour later, he finds himself dressed in a hideous costume, stalking dark streets for chocolate bars.

All he had to do was scare a few old ladies.

“By then, the wind had come up and begun to howl through the trees. It occurred to me that it was the perfect time for aliens to invade.

Especially when everyone thought it was all a joke…”

Something joined Weston Ochse on the streets that Halloween. Something at once familiar and terrifying.

Was it his imagination?

Or had the War of the Worlds inhabited his world?

About Weston Ochse: His last name is pronounced “oaks.” With his first name, he sounds like he’s named for a stately trailer park. Instead, he’s the author of ten novels, including ‘SEAL Team 666’ and the Bram Stoker Award winner. He lives in the Arizona desert within rock-throwing distance of Mexico. He races tarantula wasps for fun and watches black helicopters dance along the horizon.