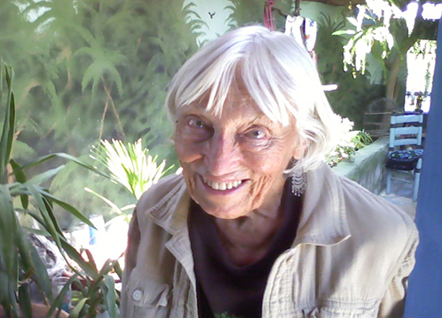 Arivaca, Ariz. – Byrd Baylor’s love of the desert serves as both setting and subject for her writing.

She’s best known for her children’s books, primarily set in the Southwest and populated with Native Americans and desert creatures.

After years in Tucson writing for various newspapers and magazines, Baylor left the city 25 years ago for a simple, solar-powered home near Arivaca, Ariz, a dozen miles from the nearest paved road and down a rutted track that she charitably calls a “driveway.”

Some visitors with low-clearance vehicles give up, park, and walk the final mile to her house. But the unforgiving road leads to a gracious host. Byrd Baylor wants her guests to be comfortable in her rustic home. 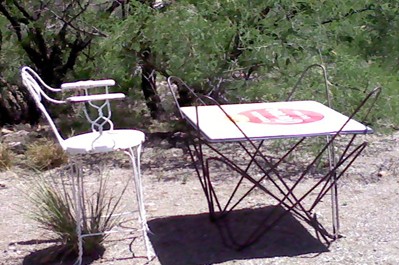 She lives the simplest of lives. Her house is solar-powered, but the draw is low because she uses almost no electronic devices or appliances. The rooms are sparse and dark, just enough light for reading and writing.

She spends most of her time outside writing at two tables, each with good views of nearby Pepalote Wash.

Her “summer office,” as she called it with a laugh, is a table under a wooden frame. The winter office? A similar table, sitting in the sun.

She does not own a computer. A technical problem for Byrd Baylor is a pen running dry or the wind tossing a few sheets of notebook paper around.

I visited Baylor at her home in the winter of 2009.

My recording gear looked completely foreign sitting on an ancient, knotted table. A broken windmill howled above us as it strained to turn in the wind.

A perfect setting for Byrd Baylor to talk about her favorite subjects: writing, the Sonoran Desert, and living a simple life. 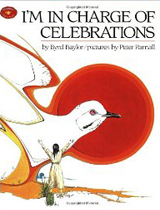