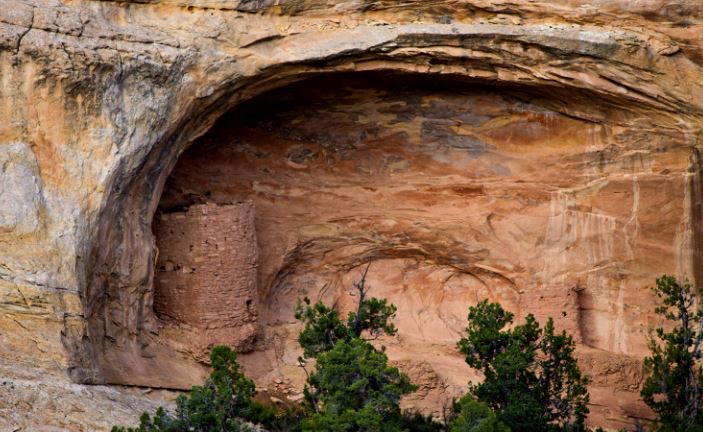 Two proposals are competing on managing a large swath of federal land in southeast Utah.

One calls for the creation, through presidential proclamation, of what would be known as Bear’s Ears National Monument. A multi-tribe coalition supports the monument, including the Ute Mountain Ute, Hopi, and Zuni.

The other plan is the Public Lands Initiative, or PLI, proposed by Rob Bishop, R-Utah, and Jason Chaffetz, R-Utah. It has the support of many non-Native American residents of San Juan County, Utah, many Utah politicians, and even two chapters of the Navajo Nation. 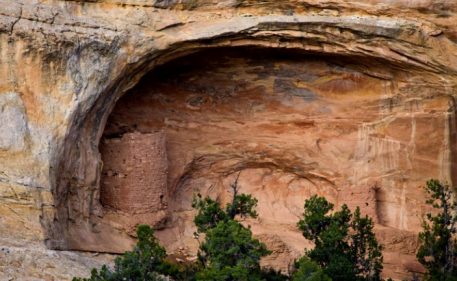 They’ve asked President Obama to issue an executive order to turn about 1.9 million acres of the land into a national monument.

The request for such designation, under the 1906 Antiquities Act, has opponents of the monument alleging that the effort is guided by outside environmental groups who want more access to rock climbing and backcountry hiking areas.

Sally Jewell, Secretary of the U.S. Interior Department, visited the area recently and met with monument supporters and opponents. Both sides took this as a final step before a presidential designation of the area as a national monument.

Local opposition to the monument has stoked elements of what’s known as the modern ‘Sagebrush Rebellion’ in southeast Utah, which objects to federal land control.

Jonathan Thompson of High Country News recently brought us up to date on the Bear’s Ears debate. He wrote a story about Bear’s Ears for the May 3 issue.