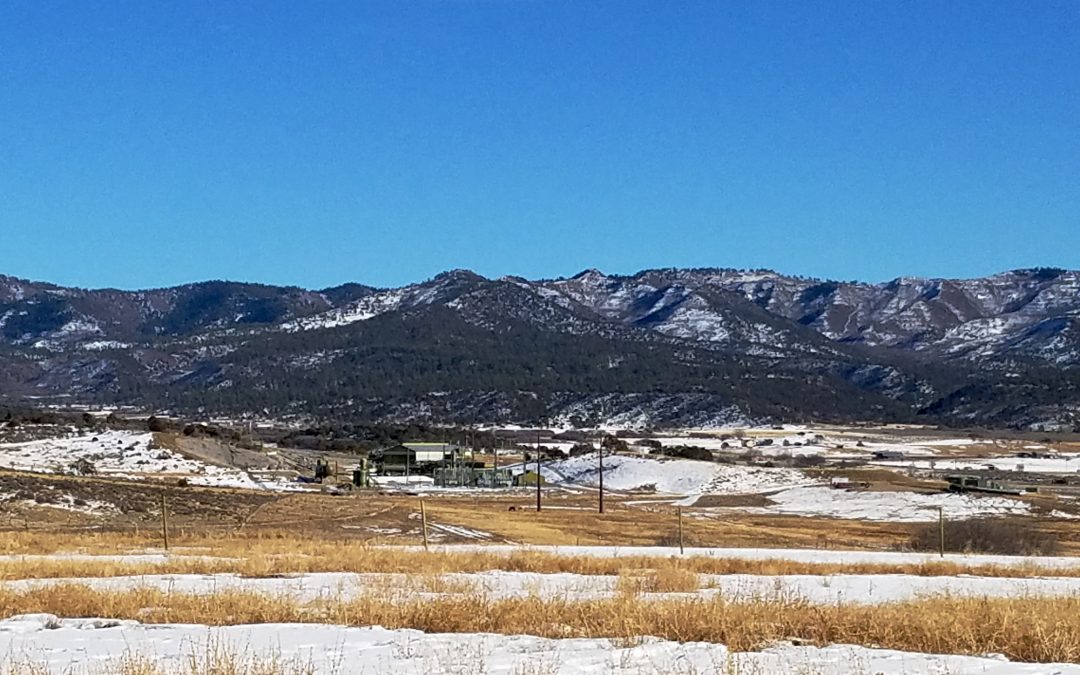 A natural gas compressor station sits at the base of the HD Mountains. A Texas-based company wants to build another, larger facility about two miles away. (Photo by Mark Duggan)

The Executive Order, among many things climate-related, tells the Department of the Interior to pause new oil and gas leasing on public lands and offshore waters. It also mandates a review of existing leasing and permitting practices on federal properties. Tribal lands are exempt from the order.

For Biden, the move is part of a larger promise he made on the campaign trail to phase out fossil fuels. But it’s being met with lawsuits from an oil and gas industry already reeling from depressed prices.

A moratorium on lease sales affects drilling proposals throughout the western U.S. One in southwest Colorado that’s now on hold is a bid to increase natural gas development in the HD Mountains east of Bayfield. Many of the proposed new wells are on parcels of public land that were readied for an early-2021 lease sale.

The future of the project is now unknown. Residents who oppose the expansion plans breathe a sigh of relief. But it’s not the first plan to explore the HD Mountains.

Terri Fitzgerald has lived on the western flanks of the range for more than 50 years. About four miles from her house is a large natural gas compressor station that operates around the clock. But a company from Texas, Harvest Midstream, wants to build another, larger station two miles away.

Terri and her husband Jim worry about the effects of noise and air pollution. They also wrestle with uncertainty about how to plan their future. I interviewed her before President Biden’s order to suspend lease sales on public lands.

“What will next year bring?” she wondered. “Should I start that new pasture? Should I add on to my house? Am I going to have to move?”

Harvest Midstream did not respond to my request for comment on the proposed compressor station.

On the east side of the range, one of the parcels initially up for this year’s sale is on national forest land less than a mile from the Chimney Rock National Monument boundary. The area is an archaeological treasure, rich with Ancestral Puebloan cultural history and ruins. It’s also valued for its dark skies and lack of noise.

According to Jimbo Buickerood with the conservation group San Juan Citizen’s Alliance, an eventual sale could turn the area around Chimney Rock into an industrial site.

“These are places that would be inevitably visible. You could hear them.” 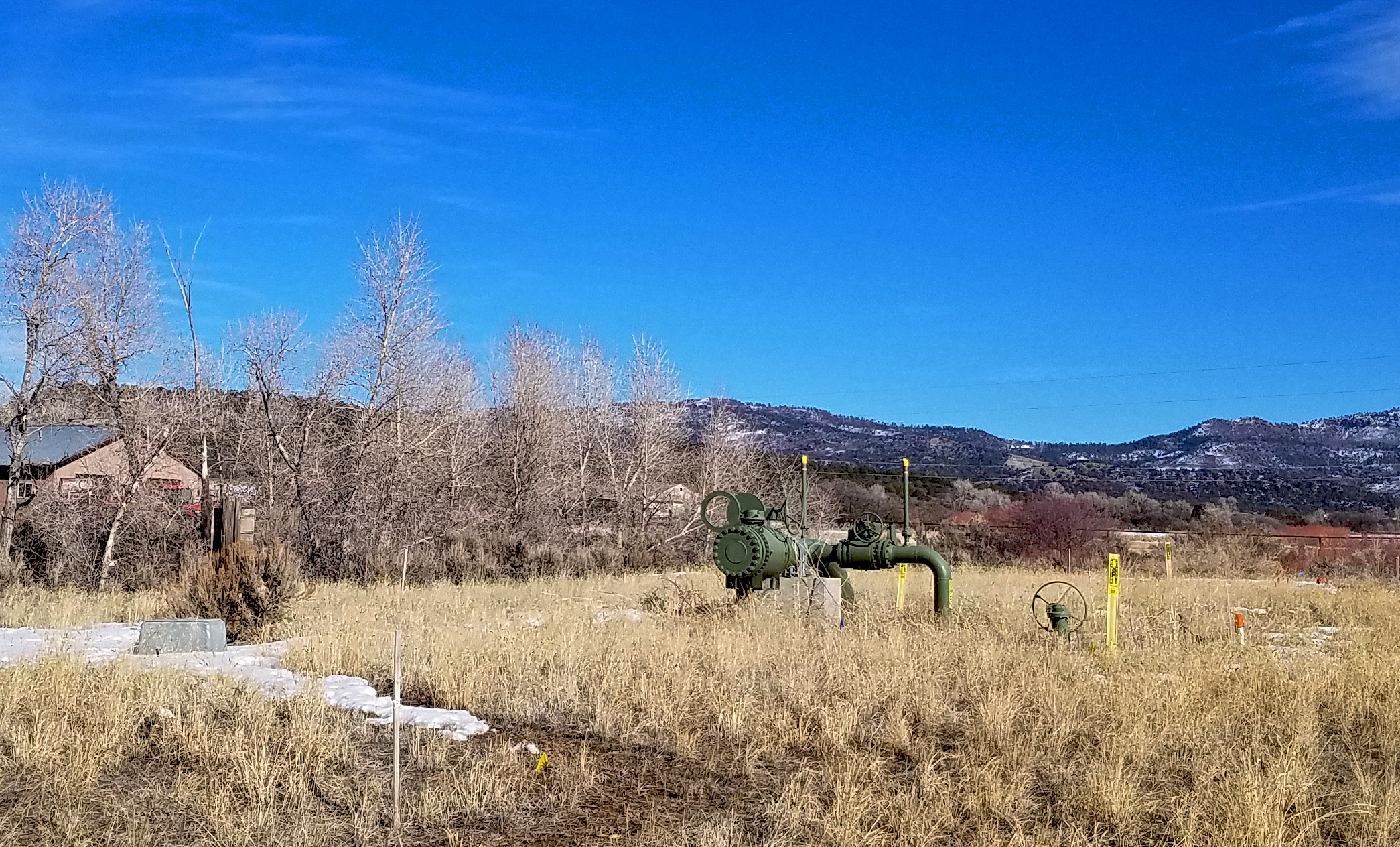 The HD Mountains are teeming with Native American cultural resources, wildlife, and old-growth ponderosa pine. Part of the range is a designated Roadless Area. But it’s also part of the San Juan Basin of southern Colorado and northern New Mexico, sitting atop a vast reserve of coal-bed methane, a kind of natural gas.

“The HD area and Chimney Rock area is not like the flatlands of northwest New Mexico,” Buickerood explained. “To run any pipeline, you have steep slopes; you have unstable soils, you have to go through roadless (area).”

Buickerood was also interviewed before the release of the executive order.

Christi Zeller, Executive Director of the Durango-based oil and gas advocacy group The Energy Council, conceded in an email statement that the gas price is low.

But, she added, “the San Juan Basin is still an incredible asset. The federal mineral development is an important source of income, not only to the federal government but also extremely important to local governments and schools.”

And so now the mountains – and the people who live in their shadow – wait.

What keeps Terri Fitzgerald there, even with the on-again and off-again nature of drilling proposals?

“The mystery of the place,” she answered without hesitation. “The whole area is full of stories of mysterious things that happen.”

There’s also a sense of community.

“We all pitch in and do things together. We’re very respectful of each other. And that’s been going on for the many years that we’ve lived here. It’s something that you just don’t want to lose.”

Editor’s note: The Biden Administration’s executive order suspends new lease sale authorizations on federal lands and waters. It does not affect current production on those properties and doesn’t affect lease sales on private or state lands. According to the Government Accountability Office, nearly 20,000 lease sale applications were approved on public lands in the past seven years. About half of them are in use.