Craig Childs: Correspondent from the cataclysm 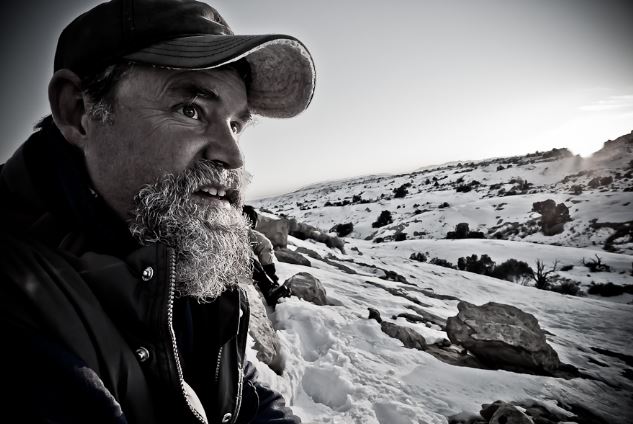 Author Craig Childs is known for his attraction to remote landscapes, whether the Atacama Desert of Chile – one of the driest places on the planet; or the vast, whiteout desolation of a research station on Greenland’s ice sheets. 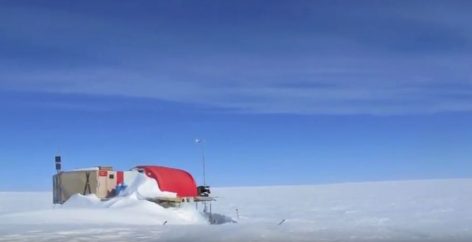 A snowbound research station on the Greenland Ice Sheet. Violent storms had buried equipment and the facility’s interior under deep snow. (Picture by Craig Childs)

He is a rugged and experienced outdoorsman. In his books and public appearances, he points out that he isn’t fazed by wet boots, tents in deep snow, or deadly blizzards and windstorms.

But an Iowa cornfield almost had him whipped.

Childs and a friend spent several days in the depths of endless cornrows. The plan: to study an ecosystem stripped of all biodiversity except for one cash crop.

But they were in a place of little real life. They, the corn, and a few tiny spiders and species of fungi were the only other living things in the cornfield.

Click here to listen to an interview with Craig Childs:

But the adventurous Craig Childs also learned that trying to spend a few days in a Midwestern cornfield in the middle of the summer was as sure a test of his endurance as any ice-bound Greenland research station.

Yes, the heat. And the humidity. But also the cornfield’s density. And the throat-slashing leaves.

It was another typical pursuit for Childs, who visits, studies, and writes about some of the earth’s most challenging locales.

He recently shared his cornfield experiences in a presentation at Durango’s Fort Lewis College. He showed the audience pictures of him exhausted and sweaty, his face covered in corn leaf welts. It was the image of the intrepid explorer, deep in the plotted grids of Iowa corn-producing country, a farmhouse probably just a few miles away.

Then he showed them pictures of what life is like in a cornfield.

What little life there is. The crowd was silent.

Craig Child’s latest book, Apocalyptic Planet: A Field Guide to the Planet Earth, catches some off-guard. They stop and think, what’s with the title?

It is a book about environmental cataclysm, about how the earth is falling apart and how it’s always been falling apart. And how all that tumult leads to regeneration.

In Apocalyptic Planet, Childs takes us to places on the planet that he feels most illustratively state this truth.

But he also sees among this natural cycle of disorder an optimism about humanity’s ability to adapt to and learn from the dynamic, chaotic organism we call home. 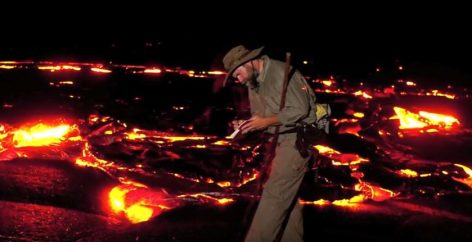