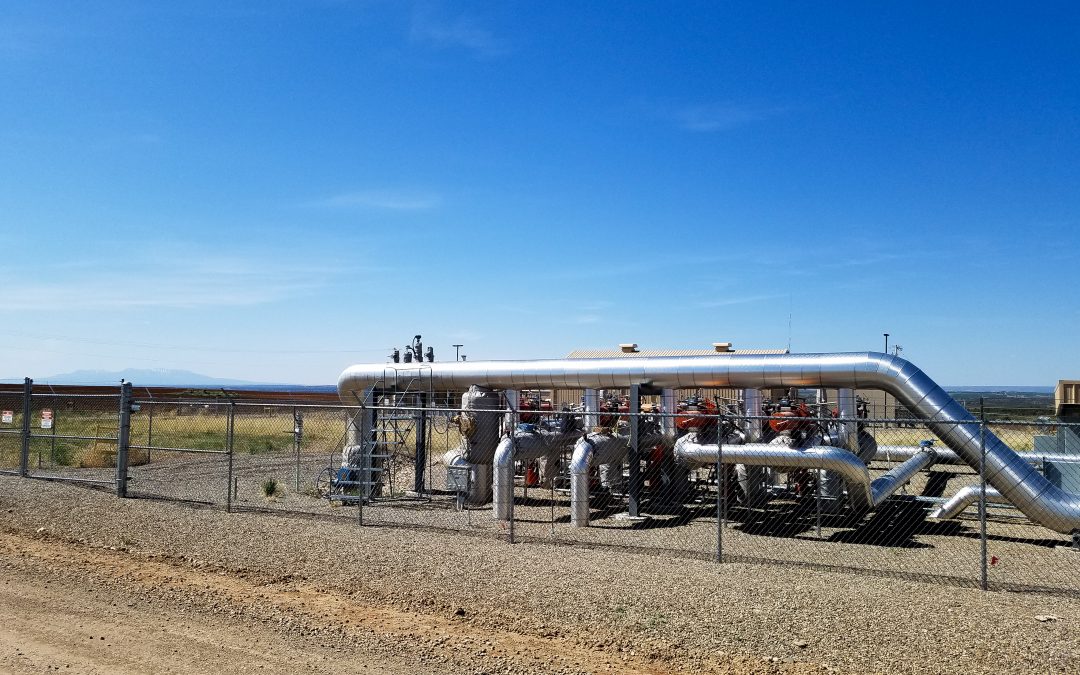 The coronavirus is negatively impacting much of the U.S. economy, particularly energy markets. Both the oil and gas industries are prone to boom and bust cycles. But the coronavirus bust may be the worst yet. Particularly for shale exploration or fracking.

Jonathan Thompson with High Country News says it could be the end of fracking. It’s the subject of our discussion, conducted by Zoom from his current residence, Sofia, Bulgaria.

Thompson says this bust results from more than just a slowdown in travel. There is a worldwide glut of oil; tankers full of the stuff are floating aimlessly in the ocean, with nowhere to go.

Fracking, meanwhile, has been riding a boom for some time, but it’s more expensive than traditional oil drilling. Companies have taken on significant debt loads to pay for it. They’re overleveraged, and their investors are getting skittish. Oil company bankruptcies were on the rise even before COVID-19 came along. Now, they’ve exploded.

Rigs in oil-rich regions like the Permian Basin in southeast New Mexico are closing down. With each shutdown, hundreds of jobs are lost. But Thompson says the fallout doesn’t end there. Many western states also end up with less revenue in a bust. Their general funds are partially supplemented by taxation and royalties from oil and gas. In New Mexico, it’s as much as one-third of the annual budget. The bust could cost them billions of dollars.

Colorado’s general fund stands to lose as much as $1 billion, a lot less money for beneficiaries such as education, health care, and prisons.

In the Four Corners region, most energy exploration is natural gas. The oil market chaos hasn’t affected it. At least not yet. Natural gas had its own oversupply issue and bust back in 2009. The industry collapsed and hasn’t fully recovered today.

But there is an oil play around Chaco Culture National Historical Park south of Farmington. A few wells are still operating even during the bust. And companies are still leasing land in the area from the federal government. They’re even getting it at a discount during the pandemic and oil bust. Thompson says they’ll sit on it until the boom times come again and then be ready to drill.

That has him worried. He says that increased oil exploration around Chaco Canyon could risk its many cultural resources.