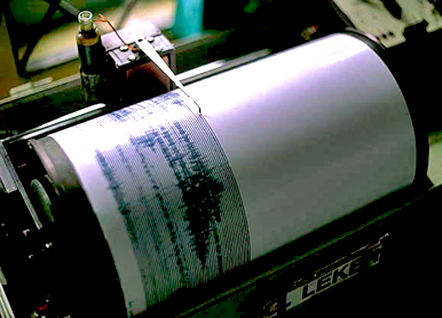 More earthquakes are being detected in Arizona than ever before.

That’s because, according to geologists, a statewide network of sensors is recording the most accurate seismological data in the state’s history.

They even measure minor quakes, the faint seismic trembles that we don’t notice.

Arizona was once considered a low-risk state for earthquakes, but it’s now ranked 13th for seismic activity. 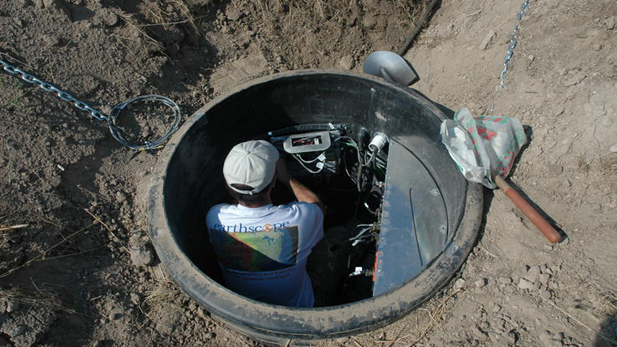 In 2012, Arizona State University’s School of Earth & Space Exploration released a study of the USArray survey, finding nearly 1,000 earthquakes had been measured in three years.

Most were ‘micro-quakes’ of a magnitude of 2.0 or smaller and rarely felt by humans. But a few more significant earthquakes were recorded; a magnitude-5.3 near Flagstaff even caused minor damage.

Arizona’s ‘hot spots’ for seismic activity include the Arizona Strip region northwest of the Grand Canyon, the Mogollon Rim, and around Yuma. Few of the quakes measure a magnitude higher than 3.5.

But a much larger one is possible. In 1887, a massive earthquake struck just south of the Mexico border and caused widespread damage as far north as Phoenix.

Seismologists estimate that it had a magnitude of 7 or higher by today’s measurements. 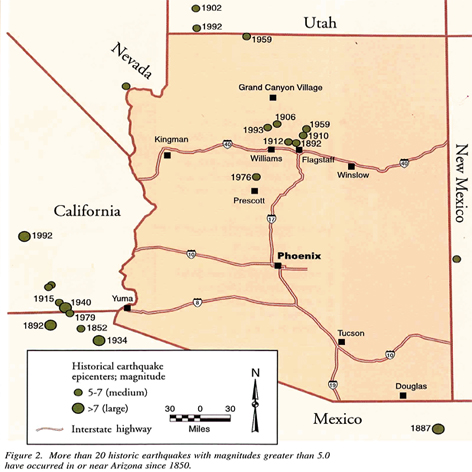 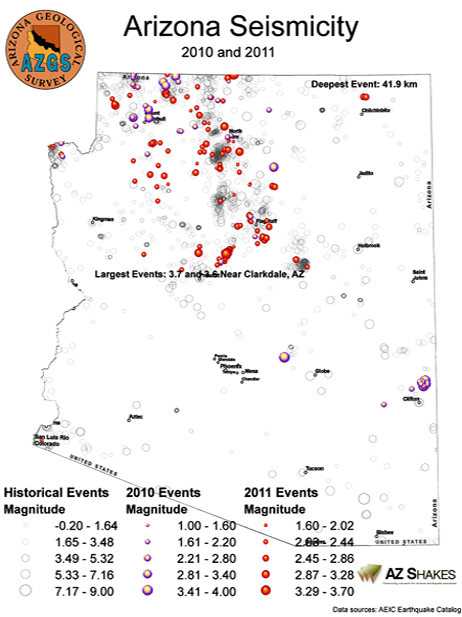