Looking back on the impact of 1918 Flu, hantavirus outbreak in the Four Corners 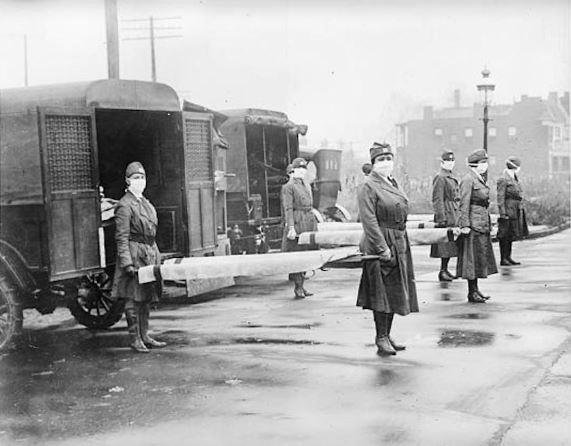 Humanity is no stranger to pandemics. The 1918-1919 influenza known as the Spanish Flu infected 500 million people – or about a third of the world’s population at the time. Another viral outbreak, though less severe, came just a decade later.

Ebola, H2N2, MERS, and the new coronavirus known as SARS-COv2 mark recurring times of fear in human history. Reactions to each varied. So did our success in overcoming them. The Roaring Twenties, for example, was a time of unprecedented economic growth, affluence, and the loosening of social mores. It came on the heels of a devastating pandemic. The one we always referred to when we talked about pandemics.

COVID-19 has taken its place. Will it be capped by a period of expansion like the Roaring Twenties?

I wanted to know how the Four Corners region responded during the Spanish Flu. I reached out to Andrew Gulliford, Professor of History at Durango’s Fort Lewis College, for a recounting of how the last global pandemic played out in this part of the world.

Like now, reactions varied. Durango quarantined anybody who got off the train. So did Moab. Cortez focused on controlling the flow of outside visitors. The 1918 flu was deadly in the population centers of the Four Corners, but not markedly so.

Two places that did suffer inordinately were Native American lands and the high mountain town of Silverton.

Gulliford explains why in my two-part interview with him. We also delve into a more recent and highly-localized viral outbreak that mostly centers in the Four Corners area: Hantavirus. Cases are reported most years, but the last time there was an outbreak was 1993.