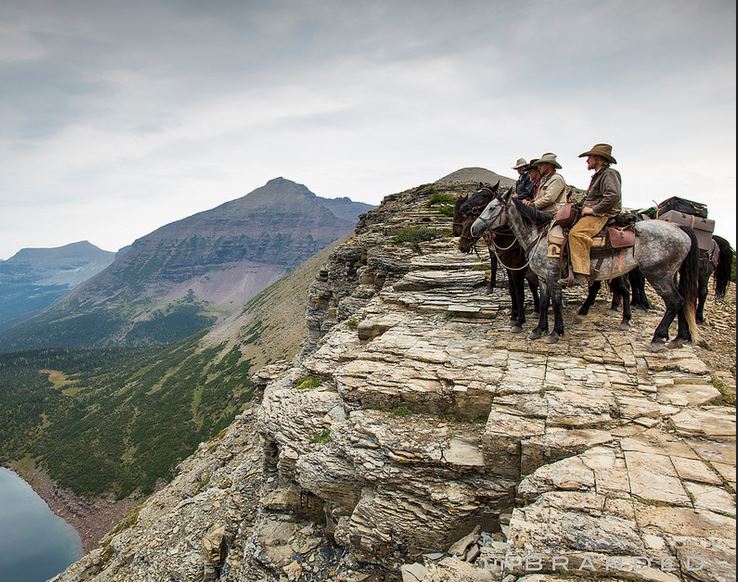 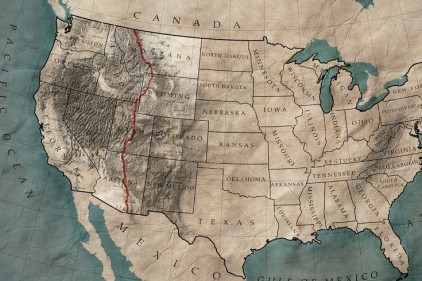 The route taken in the movie Unbranded is 3,000-miles-long, and mostly on public land.

In Unbranded, four young men adopt and train a herd of wild mustangs and ride them across 3,000 miles of public land from Mexico to Canada.

The route they chose was through some of the most remote and rugged geographies of the American West.

One of the movie’s young actors calls it a trip of “self-discovery.”

Another, Ben Masters, called the “mastermind” of Unbranded, elaborates:

“I’m not ready to buy a house and get married and have kids yet. I want to have fun and do some crazy adventure like this while I can.”

Masters and a couple of friends made an initial 2,000-mile journey along the spine of the Continental Divide in 2010, using domestic pack horses and recently adopted mustangs. The horses and the land interested him in making a movie about both. So he planned another trip, this time 3,000-miles-long.

Masters, along with friends Jonny Fitzsimons, Thomas Glover, and Ben Thamer, took sixteen horses with them. And a film crew.

Cindy Meehl, Executive Director of Unbranded, said when she first heard of the project, she thought it sounded like a “nightmare” to film.

“But these guys are so determined,” she said. “They did it. Technically, it was an almost impossible feat.”

The route Masters chose for filming the movie took them through five states. Nearly the entire route is in deep wilderness and on public land.

Unbranded weaves several storylines together, including how the men learn more about themselves and the land.

Another issue carries the moral weight of the movie: 50,000 wild horses and burros, living in government pens and pastures across the West, primarily unwanted. 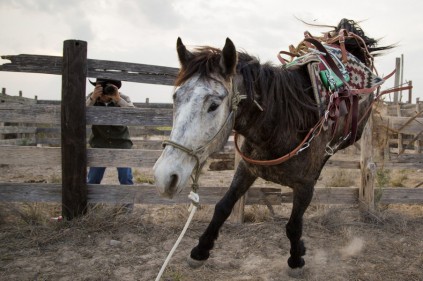 The movie Unbranded delves into the plight of wild horses and burros on Western land. (Image courtesy of Unbranded)

The men were deeply affected by this fact. So was Meehl. It became a central point in the movie.

“We haven’t sugarcoated it,” Meehl said. “Or given one side.”

Youthful “self-discovery” also looms large in Unbranded, something Meehl can relate to through her daughter, who told her that all of her peers wanted to do something exciting after college instead of “falling into a routine.”

“So many people I know jumped right into the real world of business,” Meehl said. “They look back and think, ‘I wish I just taken a month or two months…’”

According to Meehl, part of Unbranded’s message is to do it. She points to Unbranded’s young filmmakers.

“These guys did something that I think is living the dream,” said Meehl. “To me, it would be really rough to ride a horse 3,000 miles, like they did.”

She quickly adds, “But I think everyone has their Unbranded Ride.”