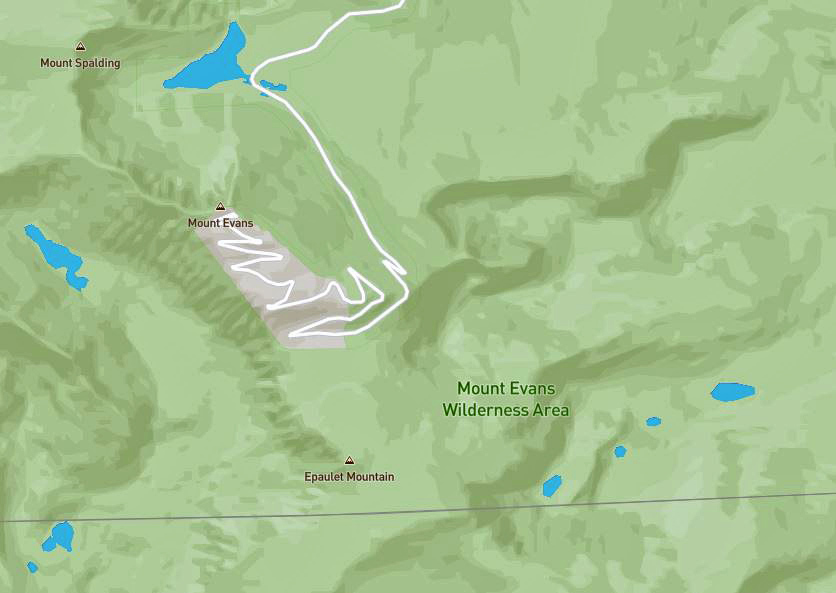 Squaw Pass. Chinaman Gulch. Negro Mesa. It’s easy to see why such names might be offensive. But what about Mount Evans, the drive-up ‘14-er west of Denver?

Colorado is full of place names that people find troubling. Some are obvious ethnic slurs. Others commemorate people we now know to be “bad actors.” Mt. Evans is named for John Evans, the state’s second territorial governor. He was a partial instigator of the Sand Creek Massacre, where almost 200 Arapaho and Cheyenne people were killed.

Evans lost his governorship, but he got a mountain peak – one of the country’s highest – as a namesake.

Mt. Evans is on a growing list of requests to change offensive place names in Colorado. And now they have a platform at the state level. Colorado Governor Jared Polis recently revived the Colorado Geographic Renaming Advisory Board to study geographic name change requests. The panel had been sidelined since 2014.

According to Ernest House, Jr., it’s “a step in the right direction.” He heard plenty of renaming discussions in his 11 years as director of the Colorado Commission of Indian Affairs. But this year, efforts are spurred by a cultural shift, as Indigenous populations and people of color finally have their voices heard.

“I think that the Black Lives Matter movement has provided space for Indigenous perspectives and conversations to occur,” said House, a member of the Ute Mountain Ute Tribe.

The state board accepts requests from residents or groups objecting to a place name. They also consider the relevance of the new name. If they approve it, the changes show up on federal maps. The U.S. Geological Survey also has a renaming board that works the same way.

The USGS keeps an action list of name change proposals by state. As of this writing, about a dozen are shown in Colorado. Among them, a proposal to rename Mt. Evans to “Mount Cheyenne Arapaho.” In the Four Corners, someone petitioned to change the name of a Montezuma County valley from Negro Draw to Hops Draw.

But is there a risk of going too far? Slurs are one thing. Bad actors might be another. History is full of accomplished but unsavory and even brutal characters.

Jason Blevins is a reporter for the Colorado Sun covering the latest renaming efforts. In a recent article, he quoted Andrew Cowell, a professor in CU Boulder’s linguistic department: “If this becomes about everyone who did bad things in history, we could end up with no names anywhere.”

Blevins wrote about the long list of bad actors with their names on Colorado’s peaks and valleys. Many white explorers of the 1800s were not kind to Native Americans.

I talked to Blevins by phone. Of the newly reformed state renaming commission, he said there’s a lot of interest in how they’ll handle a glut of new renaming requests.

“Hopefully, there’s a process that involves all sorts of different voices,” added Blevins. “Maybe some sort of benchmarks in terms of what qualifies for a renaming.”

Ernest House, Jr. expressed hope that the name changes are more than symbolic. He noted that many place names honor figures from 200 years ago, while Ute history goes back thousands of years. In his view, statewide education on Native history and culture in Colorado will help foster relationships between Native and non-native people.

“When you provide that type of Indigenous knowledge, it’s a connection,” explained House. “It not only expands the traditions and the culture and the awareness of us and as Native people, but it also builds a partnership.”