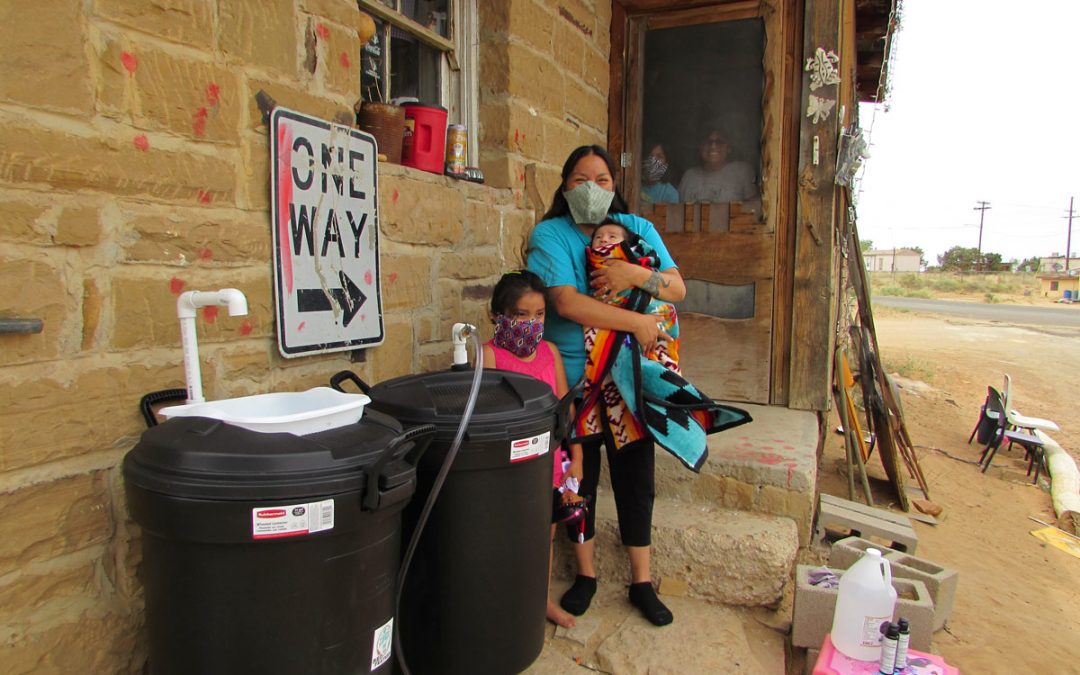 Frequent washing of hands helps prevent the spread of COVID-19. But that can be difficult for many Navajo and Hopi families that don’t have running plumbing. (Photo by Redfeather Development Group)

Joe Seidenberg is Executive Director of the non-profit Redfeather Development Group, a Flagstaff, Arizona-based organization that creates healthier home environments on the Navajo and Hopi Reservations. They do minor and major home repairs and weatherization. And recently, they began installing hand washing stations at homes without running water.

The stations consist of two 35-gallon trash bins to hold freshwater and greywater – PVC piping and a foot pump.

Redfeather has installed more than 100 stations for Navajo and Hopi families, with several hundred more on a waiting list. According to Seidenberg, they make it easier for families to maintain hygiene, especially during COVID-19.

“We were seeing a lot of folks that would share a common basin that might sit on a kitchen table. They would dip their hands in it – with multiple family members – and this was done out of a necessity of conserving water.”

With the new stations, families can wash their hands up to 500 times from one tank of freshwater.

The handwashing stations are made by LavaMaeˣ and were initially developed for the homeless population in the San Fransisco Bay area.

While Redfeather focuses on installing handwashing stations, groups such as Dig Deep and the Navajo & Hopi Families COVID-19 Relief are working to bring clean running water to reservation households.