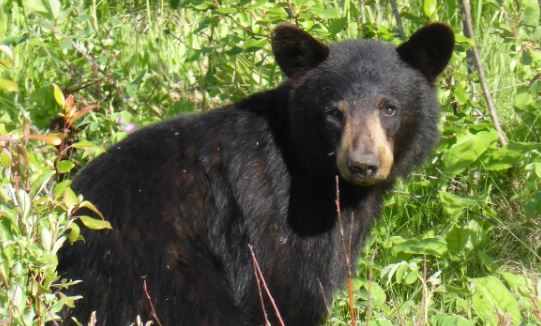 Durango, Colo. – Black bears in Colorado spend less time hibernating and living closer to human development. They still prefer nuts and berries over garbage. And their numbers are decreasing.

Those are some of the key findings of a recently-concluded Colorado Parks & Wildlife study of bears living near Durango.

Listen to an interview with Colorado Parks & Wildlife biologist Heather Johnson, who headed up a six-year study of black bears around Durango. I began by asking her about some of the study’s most surprising findings: 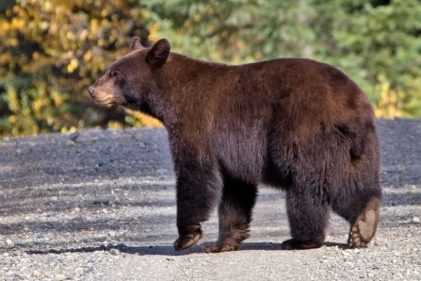 CPW researchers tagged and followed nearly 400 bears during the six-year study. All lived within a six-mile radius of the town.

About 40 bears wore GPS collars at a given time, with their locations recorded once an hour and emailed to researchers every six hours.

That’s a lot of data on bear explorations.

“If I look at my Gmail accounts,” biologist Heather Johnson told me in September 2016, “I’m getting three or four emails per day from 40 different bears.”

Johnson, who directed the study, said the goal was to learn more about bear-human interactions and reduce conflict in urban areas.

She was surprised to learn that bears will choose to live and forage in urban habitats primarily out of necessity and only as long as they need to.

State wildlife officials have long believed that when bears find human food sources such as trash, they become ‘addicted’ and stop foraging for natural food. The CPW study found otherwise.

“They’d much rather use natural foods if they could,” said Johnson. “If there’s not much food in any given year in the forest, they’ll switch, start using human development. And then they’ll switch back when natural food is available to them.”

Increasingly dry winters and food failures are significantly reducing bear numbers. Researchers noted a more than 50 percent decrease in female bear populations during the six-year CPW study, including the 2012 food shortage. Encounters with vehicles are also diminishing their numbers. And Colorado requires nuisance bears to be trapped and euthanized.

Colorado also issues thousands of bear-hunting permits each year, even though there’s no reliable count of how many bears live in the state.

The final results of the study will be published later this year.