The age of the giant telescope 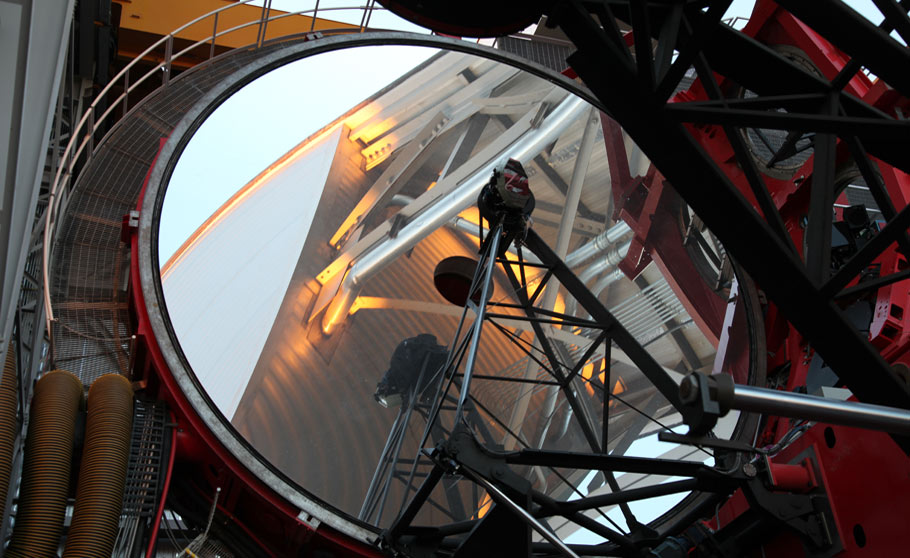 A new telescope is termed “the world’s largest” every few years. The race is on to build instruments that see farther into the heavens and explain more of the unknown universe.

In part three of Collecting Light: An Exploration of Arizona Astronomy, we learn more about the future of professional stargazing and attempts to build increasingly sensitive observing equipment.

Currently, the Large Binocular Telescope in eastern Arizona, with its twin 8.4-meter (27-inch) diameter mirrors, is considered the world’s largest. But that won’t last long.

A new generation of “super telescopes” are coming online in the next few years that feature multiple segments of giant mirrors.

The Giant Magellan Telescope in Chile’s Atacama Desert will have seven 8.4-meter mirrors.

The University of Arizona’s Steward Observatory Mirror Lab is casting and polishing the GMT’s mirrors.

Its 3200-megapixel camera will create 30 terabytes of data a night for ten years.