He’d just moved from rural Maine to New York City and was amazed at how little of the night sky was visible. He could see celestial details in Maine, such as stars, planets, and the vast Milky Way. 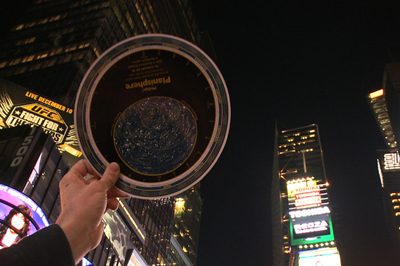 Many city dwellers can see only the brightest objects in the night sky.

In central Manhattan, all he could see was the moon.

It disturbed him, so he made a film about it.

In The City Dark, Chaney explores the contrast between humanity’s need for light with our ancient desire to see the night sky.

The International Dark-Sky Association wants to ensure we don’t forget what it’s like to see the night sky.

The Tucson-based organization works with lighting manufacturers and municipalities to promote what’s known as ‘smart’ lighting. Low-pressure sodium lights, for example, can be aimed at a targeted ground area with less wasted light directed upward. 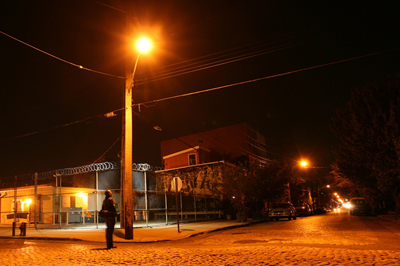 “The City Dark” director Ian Cheney, trying to find the Big Dipper in the big city.

Technology such as intelligent lighting can only help observations at the MMT Observatory, one of North America’s largest, most-sensitive telescopes. It’s perched atop Mount Hopkins 30 miles south of Tucson, close enough for the city’s lights to affect observations.

Astronomers worry that there are profound consequences for American science. Few new telescope projects are being proposed for the U.S. because our skies are now too bright. The biggest, most ambitious new observatories are planned for remote places like Chile’s Atacama Desert.

The loss of the visible night sky affects more than just science.

Entire generations of city kids have never seen the detail of the night sky.

Late in Ian Chaney’s film The City Dark, he follows a group of New York City-based boy scouts visiting the wilderness. For the first time in their lives, they look up and see the Milky Way.

It’s happened to humans for thousands of years. The heavens guide our history. It fuels our science, our romance, our poetry. It leaves us in wonderment and awe, even if it’s starting to fade under the wash of industrial lamplight.