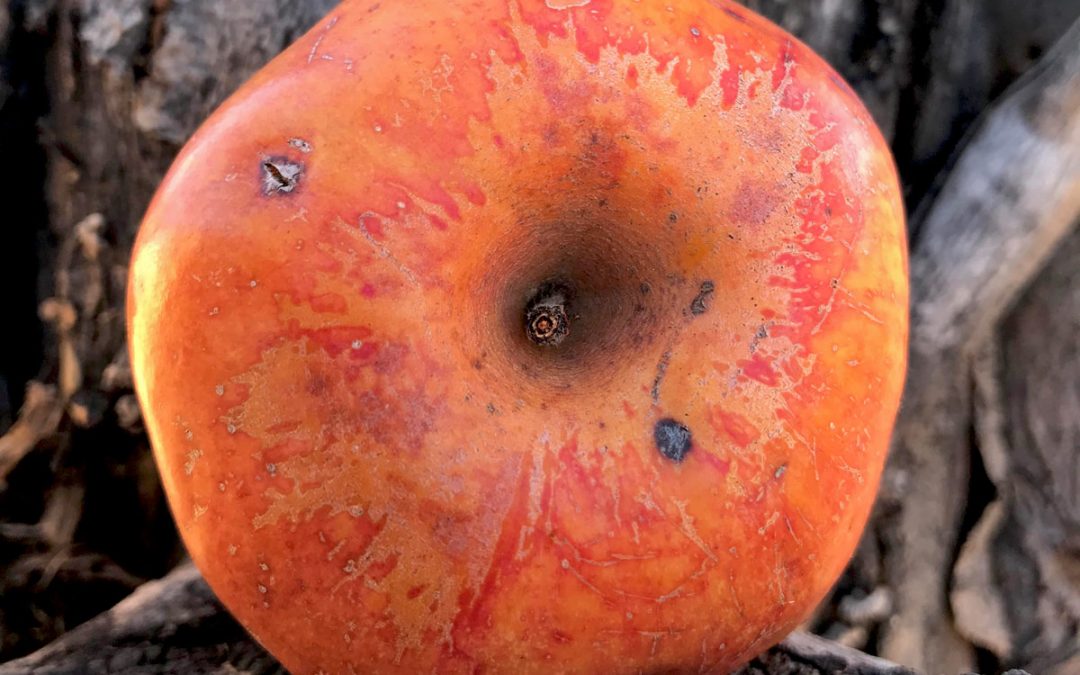 The Colorado Orange apple has been rediscovered after nearly a century. Growers hope to have it available to consumers in the next few years.
(Credit: Montezuma Orchard Restoration Project)

Imagine an apple so tasty that it invokes fond memories 80 years after it disappeared from orchard groves and grocer shelves.

A century ago, the Colorado Orange apple was widely grown in the state. It also picked up its share of awards at county fairs. It was a time when more than 14,000 known varieties of apples were available worldwide.

But tastes changed. Orchards made way for subdivisions. By the 1950s, apple varietals had narrowed to just a few dozen, led by the ubiquitous, often bland, Red Delicious.

So when word reached Addie and Jude Schuenemeyer that a man in Cañon City might have a Colorado Orange tree on his property, they were electrified. They’d been hunting for it for years, to no avail.

They traveled to Cañon City to meet the man and get a cutting from the tree. He suspected it was a Colorado Orange. He added that some of the older residents in town were sure of it. A few years before, he’d taken some apples from the tree to a town event. Several old-timers in their eighties bit into the fruit and nodded.

“Oh, yes. That’s a Colorado Orange,” they said. A flavor lost since childhood was remembered at once.

This time, Addie and Jude Schuenemeyer wanted to be sure that they’d finally found their elusive apple. 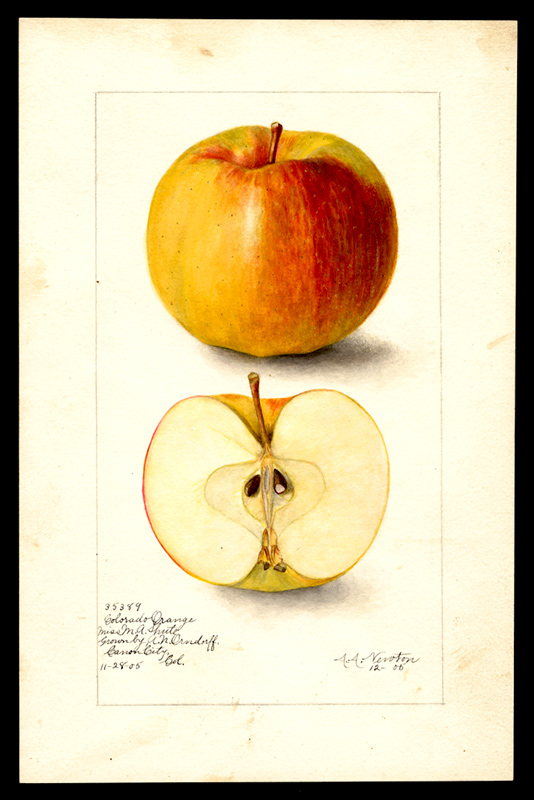 ​They consulted the U.S. Department of Agriculture’s library of almost 4,000 watercolors of individual apple varieties. Included are several plates of the Colorado Orange. A comparison with their specimens showed a remarkable similarity.

The mystery was solved in a collection of wax apples at Colorado State University. They were created in the early 1900s to document a vibrant apple-growing industry in Colorado.

The Schuenemeyers discovered a wax replica of the Colorado Orange, complete with documentation in the collection. It matched their specimen almost perfectly.

Their quest for the legendary Colorado Orange was over.

In an interview with KSUT, Jude Schuenemeyer talks about why the Colorado Orange apple is special. He also gives us a few tasting notes. And he delves into the work to reintroduce the apple to consumers. He’s already shared the Colorado Orange with other growers, so they can propagate it and eventually return the storied fruit to kitchens and pantries.