They Live in the Desert 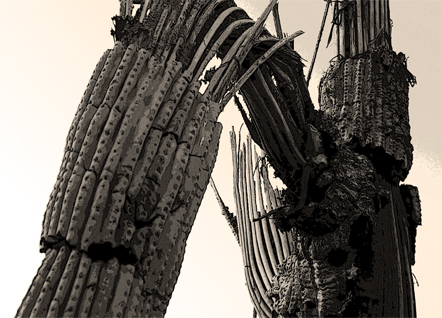 An original story by Weston Ochse, with sound design by Mark Duggan.

A walk in the Sonoran Desert can make one wonder how it came to be so dry. 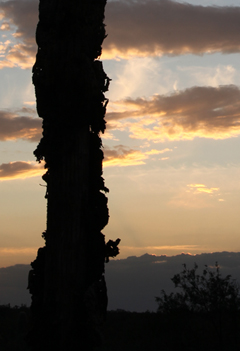 Weston Ochse is sure he doesn’t know the answer.

He also struggled to explain what happened to him on one particular walk when he learned more than he wanted to about the desert terrain and what it conceals.

Now, a place he once went to for solace represents pure terror.

Ochse is the author of ten horror and dark fantasy books, so making people squirm at uncomfortable themes is his stock-in-trade.

Still, he had to ask himself a few tough questions: “Can I tell the story of what happened that night? Can I bring myself to confront it rationally? Will telling the story risk national security?”

It was supposed to be a simple walk in the desert. He needed tranquility, someplace to rest his eyes on distant horizons while he sorted through troubled memories.

But nothing was ever simple again for Weston Ochse.

That all changed the day they appeared:

“Each of them pulling themselves from a hole in the ground like an ant would from an anthill.

I calculated that the larger ones had to be the size of Great Danes, if not Shetland Ponies.

And their faces … these had flattened, white faces. Like skulls.”

About Weston Ochse: His last name is pronounced “oaks.” With his first name, he sounds like he’s named for a stately trailer park. Instead, he’s the author of ten novels, including ‘SEAL Team 666’ and the Bram Stoker Award winner. He lives in the Arizona desert within rock-throwing distance of Mexico. For fun, he races tarantula wasps and watches black helicopters dance along the horizon.