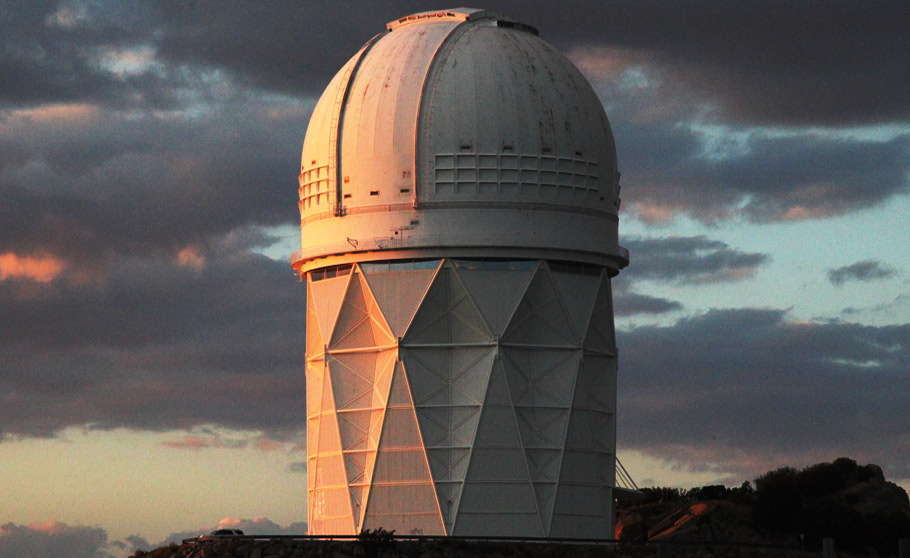 What compels us to look to the heavens? To dream of distant galaxies and worlds unexplored?

To say to ourselves tomorrow, we see farther?

In the final part of the series Collecting Light: An Exploration of Arizona Astronomy, we look at two projects that will make a long-term survey of the night, potentially unlocking the deepest reaches of our known universe.

Astronomers admit that our map of the known universe has a lot of blank spots, a lot of areas about which we know little.

The mapmakers of antiquity wrote “here be dragons” on their map’s blank spots. It suggested mystery, even danger. For astronomers, their empty spots offer an equal amount of the unknown. We don’t know what makes up most of the universe. We know a fair bit about matter, a little about dark matter, and almost nothing about dark energy.

Two projects aim to change what we know. If they’re successful, they could fill in those blank spots in our map of the universe.

The first, known as BigBoss, will be based at Arizona’s National Optical Astronomy Observatory. It will create a map that will cover about a quarter of the night sky, going back to when the universe was about 8 billion years old. The idea is to learn more about that mysterious dark energy.

Another similarly ambitious project is the Large Synoptic Survey Telescope in South America. The LSST will incorporate seven giant mirror segments that will operate as a single instrument. A 3,200-megapixel camera – the world’s largest – will produce up to 30 terabytes of data each night for ten years. But more importantly, once the data is parsed, even amateur astronomers will be able to see it.

The LSST will afford a better view of nearby objects in our solar system for professional astronomers. They’ll also gain a deeper understanding of celestial phenomena such as supernovae and galaxy clusters.

Ultimately, it will help them unlock more secrets of the stars. Which is what astronomy is all about. And the whole world will get to see it.

It’s the democratization of astronomy in action. We all share in the wonder.