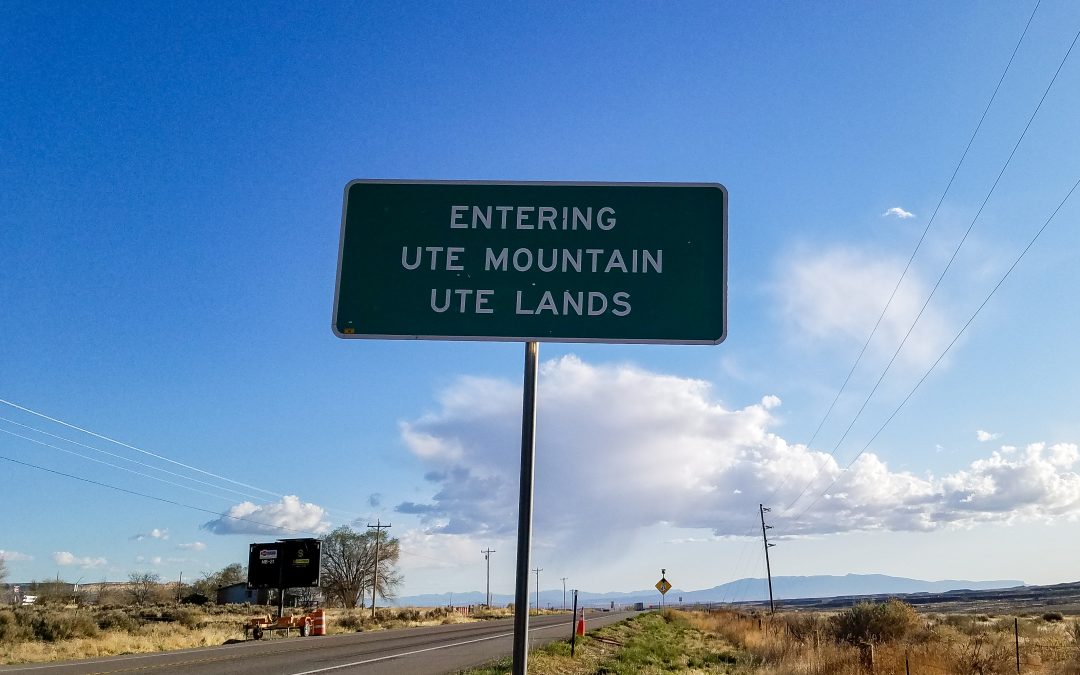 As of Thursday, April 9, the Ute Mountain Ute Tribe had no reported coronavirus cases. The number is in stark contrast to the neighboring Navajo Nation, with more than 450 confirmed cases. KSUT’s Mark Duggan spoke with the tribe’s chairman about the steps they’ve taken to stay ahead of the pandemic.

Ute Mountain Ute Tribal lands are relatively small, at just 600,000 acres. But it’s spread across parts of three states, Colorado, Utah, and New Mexico. The geography is imposing – wide-open desert, canyon country, and, in the middle, the sacred Sleeping Ute Mountain. Most of the tribe’s members live in either Tawoac, Colorado, or White Mesa, Utah.

But despite the geographic challenges, they’ve been able to avoid the coronavirus outbreaks that have stricken the Navajo Nation and Hopi and Zuni tribal lands. According to Ute Mountain Ute Tribal Chairman Manuel Heart, part of the reason is that they took very early steps to enforce social distancing among members. They quickly instituted a curfew and used checkpoints to limit travel.

Chairman Heart also says that the tribe focused on getting members tested for COVID-19.

The Ute Mountain Ute Tribe’s casino is also used to store food and other supplies. Items such as fruits, beans, rice, and even dog and cat food and horse hay have been held at the casino’s bingo hall before being distributed to tribal members. The tribe is also looking at ways to get food to members living in Cortez and other nearby locations away from the reservation.

Open Range News’ Mark Duggan is reporting on the impact of the coronavirus in the Four Corners region for KSUT Public Radio. The stories and audio here were previously aired and published by KSUT.